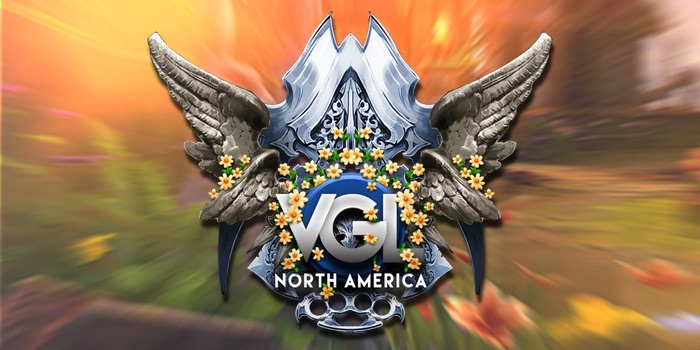 After an explosive first qualifier with some shocking upsets, this weekend kicks off the second and final qualifier of the spring season. The outcome of this qualifier will determine who will – and will not – be going to this season’s live championships, with only the top eight teams proceeding. The following preview will show what to expect during the next couple of weekends.

The current team standings after the first qualifier are as follows: The rewards for the second qualifier are as follows:

Since only teams who make it to the quarterfinals (or further) will be awarded points, the following analysis will focus on the teams who are most likely to succeed in the top and bottom of each bracket.

In the top half of the bracket, Hammers Kinetic is the team to beat. Mutiny and The Sillys will duke it out to see who is most worthy to go against Kinetic in the round of 16. To Mutiny’s credit, they were able to beat Team SoloMid in another recent tournament, so it’s very possible their seed number does not properly reflect their threat level to Kinetic.

In the bottom half of the bracket, Vega is the last of GankStars’ teams representing them in the North American VGL and the most likely candidate to face Kinetic in the quarterfinals. However, Noble eSports is looking strong and has a good chance of causing a small upset in the seed order. Whichever of these two teams – Vega or Noble – make it into the quarterfinals will also secure themselves at least 30 points, making it likely they will attend the live championships as one of the top eight teams.

As will be a consistent theme in the top half of each bracket, it is very unlikely that the first seed – in this case, Hammers Velocity – will be prevented from entering the quarterfinals. However, Velocity can’t be overconfident against the fourth and fifth seeds, Draconic Black and Vainguard. As an example from last season, Vainguard managed to cause a large upset by knocking Liberation X out of the first qualifier.

Royale Club is the likely candidate for quarterfinals from the bottom half of the bracket, but they will have to be careful. An unexpected upset by TPHX Reborn could cause Royale Club to be bumped from the top eight teams and eliminate them from participation in the live championships.

While Team SoloMid still deserves to be first seed in this bracket, they’ve been having some shaky performance as of late, both in the first qualifier and in other tournaments. Normally, fans are used to seeing TSM dominate all opponents with confidence. Ardent Awakening and VON Menace will both be eager to face off against TSM, but they will be hard-pressed to fight their way into the quarterfinals.

Liberation X has proven that even with the loss of their star laner, ttigers, they’re still a top team in VGL. Lib X’s biggest threat will be TPHX Rising in the round of 16. These two teams will be squaring off to see who gets points from this qualifier. If Phoenix Rising manages to win, it’s possible they could bump Liberation X out of the top eight.

This bracket will be hugely influential in determining what teams will be going to the live championships. Both the first and second seeds, Nemesis Hydra and Excrucio, only have 20 points from the first qualifier, which means every team in this bracket is fighting for survival. In the top half of the bracket, Nemesis Hydra is definitely the favorite. However, Vertigo Black has been around for a long while and has been in the top eight in previous seasons. In the bottom half of the bracket, Ardent Axiom will try to thwart Excrucio’s efforts to enter the quarterfinals and secure themselves a spot in the live championships.

If everything goes according to plan (i.e by seed numbers), the seven teams mentioned at the beginning of this article will be accompanied by GankStars Vega. Nonetheless, there are still many opportunities for upset in these brackets. The following teams have the best chance of shaking things up a bit over the next two weekends:

Best wishes to all the teams. Win or lose, the Vainglory community will be watching, so give it your best and put on a good show.

The second qualifier of the VGL spring season begins this Saturday and Sunday. Matches will begin at 1:30pm PST on both days and will be streamed on the VaingloryLeague Twitch channel.