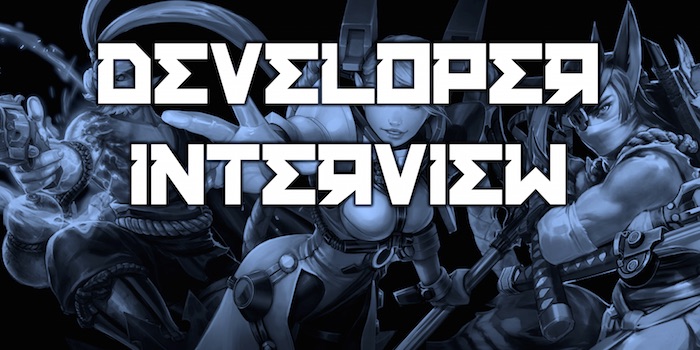 Before I ever started writing silly stories about heroes of the Fold getting drunk and killing jungle creeps Jeff and Marty, I was completely enthralled with the official lore created for Vainglory. From the beginning, SugarVenom has been taking the reader beyond the arena in every direction and offering peeks into the world these incredible characters come from and what drives them. By the grace of the Stormqueen (or malice?) I was given the opportunity to pick Sugar’s brain about her writing.

Lets started with your background. What were some of your influences? What kinds of stories were you writing personally and professional before Vainglory and how have those acted as a foundation for this world?

I’ve been a storyteller since before I could talk, but I started writing the way you’re supposed to: literary short stories that get rejected everywhere until you get published somewhere and then you get an agent and then you write a book and then you drive yourself to Barnes & Noble in Tulsa to do a reading for one lady who’s probably lost and just being nice. I failed, like most writers do, around the agent part, and I’m glad, because that was my exit off the treadmill.

Around that time I saw Fight Club, and then I read the book, and something snapped into place. After that, testosterone fic was the genre for me, and minimalism was the style. Chuck Palahniuk inspires me in many ways. I read Palahniuk’s 36 Writing Essays whenever I need them and I never forget how kind and available he is for his fans.

My ultimate goal, which I’ll never reach, is good poetry. I like stories that punch the reader in the gut with a few well-chosen words. So, when Playoffbeard needed someone to encapsulate a hero within 700 words, I was in. From there, I grabbed whatever duties I could get, and that’s how I started writing the scripts and directing the voice actors.

How does a hero’s personality impact their gameplay and vise versa? Has a hero backstory every helped jump start ideas on how to better balance their kit or have abilities created by Captain Neato and the other designers inspired you to write a scene?

I met Captain Neato in 2012, when SEMC was just an amazing engine and a handful of passionate geniuses. He was insistent from way back then that the game had to have deep, engaging stories. He believes that everything grows out of lore, and each hero needs a dichotomy.

I choose a hero’s personality, but that choice comes from many directions. We all know what an ice mage is, but I knew who Reim was as soon as I saw the way he walks. I could have gone Wise Old Sage with the Booming Voice but that hunched-over guy with the cane told me he was a Grumpy Old Man.

Fortress’ personality zapped into place with me during a meeting where Neato said he always pictured Fortress running into the jungle with Koshka. A story will always give you a single point of inspiration, a clear snapshot that you should not abandon. I knew that’s what I was hearing and I honored it. Everything about Fortress, from animation, to kit, to voiceover to lore, came from Neato’s snapshot.

Most of a hero’s inspiration comes from the concept art. Every one of Chainsaw’s pieces tells a story. He makes it easy for me.

How much of a character is the Fold itself? What does it inspire in its heroes?

The Fold is everything. It’s a meeting place for creatures from all over the world to congregate. It surrounds a well bursting with Halcyon power. It’s the setting for battle, politics, families, adventure, love, death, fun, and tragedy, but lurking at the edges is the impending doom of the churn. Churn happens when there’s too much Halcyon energy in a place for it to be habitable by most of the creatures we have met in this world. Controlled Halcyon energy charges up crystals but it also created the unbreathable air in Boiling Bay, the leviathan in SAW’s story, the wild jungle in Fortress’ story, and the Kraken. The Fold is a microcosm of what’s going on in the world at large. Just like all of us, the heroes battling on the Fold are concerned with all the wrong things.

I know part of writing is editing, not everything is going to make the final cut. Are there story arcs for heroes left on the cutting room floor that you miss the most?

Petal was originally an ecoterrorist, the Storm Queen was originally a king, and Reim used to live at the top of one thousand stairs in the grand “wise old hermit” tradition. I had such a hard time getting rid of those stairs! I daydreamed about them, collected photos of them, but Reim was like, “I don’t have any dang stairs, Sugar.”

I cut something I love out of every story. Iris Murdoch said, “To be a good writer, you have to kill your babies.” So many original ideas hit the cutting room floor, these clever little snippets, but often the hero tells me, “Nope. That’s not my story. That’s you trying to show how smart you are.” There’s one thing in particular that I’ve tried to snap into two stories so far, but the heroes told me no; I won’t share it because I know there’s a hero in that idea somewhere waiting for his or her moment.

Do you dream up your own heroes/characters to help flesh out the world?

I haven’t created any heroes yet, but I create all the NPCs that flesh out the stories. I like active stories that you can film, and heroes thinking to themselves is difficult to make active, so I throw in other characters to see how they react. My favorite of these is Julia; Ciderhelm knew that Ardan had to make this ultimate choice whether to save his wife or his children, but Julia was far more fleshed out than originally intended. She ended up in her family’s kits and a year later, blew everyone’s minds in “What Must Be Done.”

And of course, there’s Corpus. Totally my creation.

What type of scenario (battle, romance, politics) are you most and least comfortable with? What have you learned working outside your comfort zone?

I’m least comfortable with dialogue and battle scenes, and that’s why I dive right into those things. I consider Rona vs. the Skvader to be one of my little personal triumphs, because it was a battle scene that had to show Rona’s character. No amount of conversation or introspection was going to do for our berserker. I read all the Joe Abercrombie I could and pantomimed the fight in my living room to make sure it worked. Battle scenes have to have weight, skeletons, and rhythm. I want the reader to feel their shoulder twitch when Rona swings an axe. I want the reader to wince when she gets gouged in the belly by those damn creatures. That’s super difficult to get right.

I’m most comfortable with first person chatter. Vox’s lore, for example, was easiest. I said, “Hey Vox, what happened?” and he said, “So we’re headed out of Boiling Bay at top speed, right?” All I had to do was type as fast as he spoke.

Which hero’s voice do you hear the clearest when writing dialogue?

Phinn was easiest. Chainsaw and I sat in a room speaking out Phinn lines for two hours and the script was written. Easy-peasy. That isn’t normal for me, though. I struggle with writing dialogue in the quiet. I have to sit down with Chainsaw and Doer and speak. Then we’ll get a line that encompasses the hero, just nails it, and the rest comes.

What’s your favorite memory so far in working for SEMC?

This is difficult, because after dreaming of it since 1997, I get to tell the stories of my husband’s art. Plus, I have a favorite moment from watching a Vainglory streamer, and I have a favorite game (it was 45 minutes and I threw my iPad afterward, even though I won), and I mean I met Small Child! But my favorite work moment was when I was struggling to write Celeste’s dialogue. Celeste is a quiet person; she doesn’t pontificate. So I was like, “What would you say if…” and she was like, “…I wouldn’t.” Well, crap, thanks for nothing Celeste. It was near time to record and I was close to tears and Doer came over and told me to take two hours and just listen to music. That was the beginning of Doer training me in a different kind of creative process.

My favorite thing by far, though, is when people are so inspired by the game that they make their own art and stories and music in the Vainglory universe. I’m in awe of that.

What do you want readers to take away from your stories?

I want the readers to read it and immediately need to play. Readers should want to be these heroes, and what other medium gives you the opportunity to go be your favorite character from a story? Video games are the next big story medium.

Finally, for someone who hasn’t read any of the lore (shame on them), where should they start?

I’d start with Ringo’s two stories. They are short and simple, but funny and heartbreaking. Ringo’s a great first hero to pick up in game, too. From there, I suggest the saga that is Catherine, Ardan, Vox, Celeste, and Kestrel, since that interwoven story is a fan favorite.

Huge thanks to SugarVenom for agreeing to the intereview as well as EvilFinn and SEMC for making it possible. All of the lore can be found here, in a regularly curated list that grows as we get more stories!