The Undisclosed Update Notes For 1.13 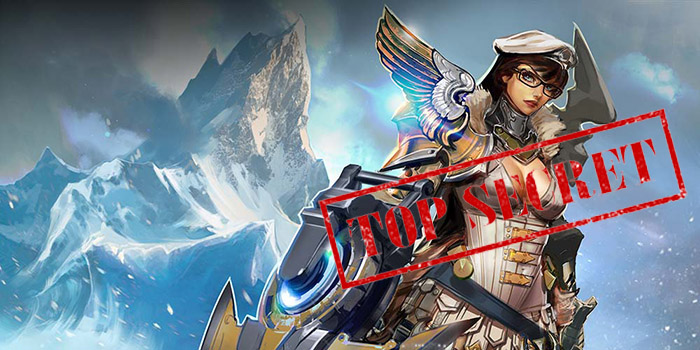 Back by popular demand (or maybe just because we have something to write about this time), I bring you the Undisclosed Update Notes For 1.13! We reviewed the 1.13 update that came out on Wednesday, but discovered there are some unmentioned changes that still need to be addressed.

Visual bug: Vanguard grants a 3-second barrier that scales with 25% of Ardan’s bonus health (Reduced from 50% in 1.12). This was incorrectly previously listed as 35%, but this was only a visual bug. Ardan remains completely unchanged in 1.13, and the bug was corrected.

In our Root Mechanics article, we reported that Koshka’s A and C abilities were unaffected by Reim’s Chill Wind. This has been corrected for 1.13 — Pouncy Fun and Yummy Catnip Frenzy are now silenced when rooted.

The new flares have a visual ring that display the portion of the map that vision is given. That is pretty straightforward. Things get a little murky when you introduce bushes into the equation. If the vision circle of a flare touches part of a bush, it grants vision into the entire bush. Flaring just outside of the bush, I revealed the top three scout traps. This also means you can flare in-between the two jungle shop bushes and reveal both.

I briefly discussed the changes in the update review, but I just wanted to repeat them here incase anyone missed it. Normally, small minions take two turret shots to die, and large minions take three. When a single Minion Miner is taken, small minions will now take three turret shots, and large minions take seven. This means that a minion wave can take sixteen turret shots to die versus nine. This could pave the way for push comps such as SAW, Adagio, and Ardan to appear. This gives you significantly more pushing power from just one Miner without the drawbacks.

Wait, I thought Blackfeather was nerfed???? It turns out, his health nerf never made it to the live build. Yep, so WP (Weapon Power) Blackfeather essentially got a buff. His On Point now deals full ability damage to lane minions with a lowered CP (Crystal Power) ratio. Check the academy, his health values remain the same as 1.12.

Many folks were slightly confused about the new skill tier progression for ranked. Your entire skill tier was reset to Unranked and the climb began at Rank One (Just Beginning, which replaced Ask Again Later). We were told that wins would aggressively advance our VST (Visual Skill Tier), but we weren’t seeing this in-game.

The reason is that Rank One is larger than the devs expected, so it’s taking a bit longer to rank up through Just Beginning. I think this is intentional, as it gives a player time to “normalize” their MMR (Match Maker Rating) with games before rapidly adjusting their VST. However, once you level out of Just Beginning, progression is much faster. In fact, as of Friday, January 15th, druid from Invincible Armada has already reached Vainglorious! Congratulations druid! Another part of the reset is that your final Autumn skill tier (Elo rating) lives on in the Winter season as a new hidden “MMR”. This is so that you will continue to match against players that are at your skill level. This is unlike the first compression, where Vainglorious, Pinnacle of Awesome, and Simply Amazing players were all Elo reset to The Hotness, causing all sorts of mismatches in games. Now, you’ll match against the same players you were in Autumn. Brilliant!

This is all quite confusing, so here’s an example:

Your VST is Tier 4 (Not Bad) Bronze. Your hidden MMR is Tier 9 (Pinnacle of Awesome) Silver. You match against other MMR Tier 9’s, and you win. Because your VST is much lower than your MMR, your VST will increase by a lot. This continues until your VST catches up to your actual MMR. From there, VST progression will be as it was previously. You can consider all of these early season matches as placement matches.

You can now party with anyone in ranked queue! Hurray! This is actually my favorite change in the history of Vainglory ever since the one skill tier difference requirement was added. I don’t play quite as often as many of my friends and guild mates. Due to the Autumn compression, I got left behind and was unable to party with my friends because of the skill tier requirement. Now you can party regardless of VST. However, there is a catch: To prevent abuse by smurfs (higher skilled player playing on a new account), you will be matched closer to the MMR of the highest MMR in the party, instead of an average.  This can mean tougher matches but greater rewards for the lower rated player.

If there’s other undisclosed patch notes you’ve noticed, but we missed, let us know in the comments.