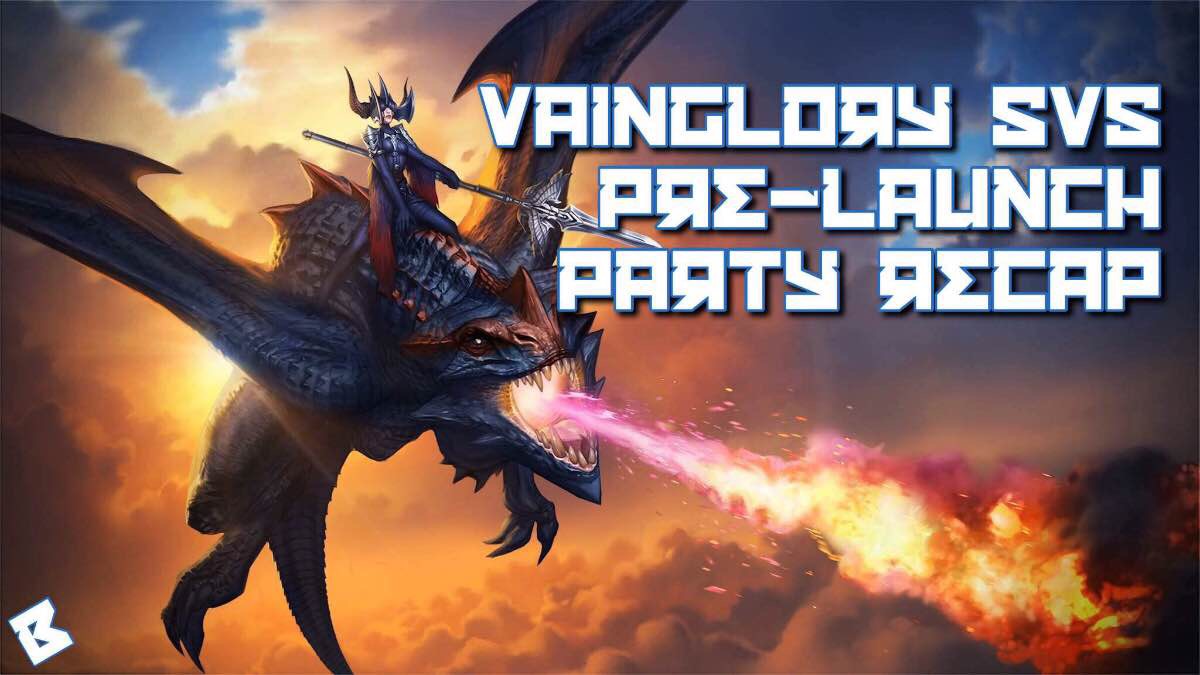 The release of Vainglory 5V5 marks the largest milestone in Super Evil Megacorp’s roadmap. To celebrate this feat, a Vainglory 5V5 pre-launch party was held at the Folsom Street Foundry in San Francisco. With Update 3.0 releasing on February 13th, SEMC highlighted their journey thus far and set afoot future mobile gaming landmarks. If you missed the stream, Broken Myth has you covered with a full recap of the announcements and news that took place — including new skins, company partnerships, future updates, and more.

A behind the scenes video showcased the making of Vainglory 5V5 and Super Evil Megacorp’s core values.

CEO Kristian “EdTheShred” Segerstrale took the stage to talk about the journey of SEMC.

SEMC is partnering with Razer to further develop both company’s products, from improving hardware to revolutionizing mobile marketing.

Vainglory 5V5 will feature an all new soundtrack by Joris de Man, who also composed the soundtrack for Horizon: Zero Dawn.

The official Gold Toad model is ready to leap onto Sovereign’s Rise!

After 5V5 is released, SEMC will focus heavily on quality of life improvements — team communication, Ranking system, progression, toxicity, and the player profile.

Vainglory Esports will transition from 3V3 to 5V5. FooJee talked about the current plans.

If you have three hours to kill, check out the full pre-launch party VOD. Update 3.0 is slated for February 13th. For those that weren’t able to grab a Golden Ticket, save the date!