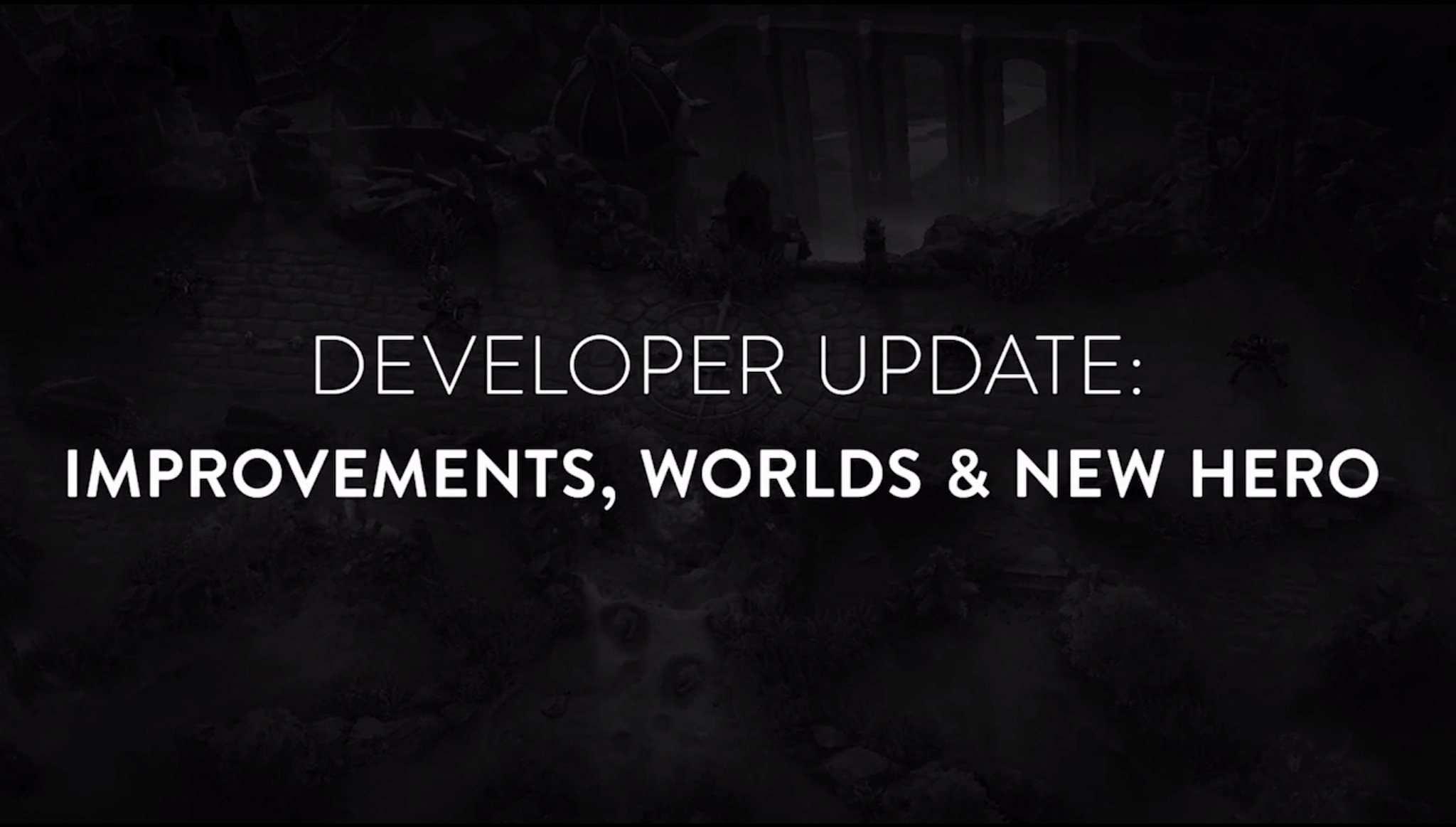 In the fifth edition of the Vainglory Developer Update series, Playoffbeard followed up SEMC’s midsummer update and discussed the ongoing network improvement plans, Vainglory Worlds, Talents refund and economy revision, and hinted at a new hero dropping in update 2.7.

In the prior Developer Update, Playoffbeard indicated that the planned 2.7 update would be pushed back to fix concerns elevated by the Vainglory community. As the majority of these concerns have been addressed (or have improvements underway), SEMC has move forward with its planned updates.

In 2.7, we can expect continued improvements on the latency front, new skins (Red Rona, Dire Fortress, Valkyrie Grace, and Butterfly Celeste), and a new hero!

Mentioned previously, local server infrastructure has been improved. Playoffbeard ran through an extended series of data to prove the updates are working—the gist of this veritable wall of statistics is that the updated infrastructure has improved latency (decreased lag spikes; reduced average ping) worldwide, with direct improvements felt by approximately one-third of players. Asia experienced the most improvement overall, with up to 55% reduction in lag spikes in some locations. The US and EU experience more incremental improvements at 10% and 5% lag spike reductions, respectively. This number is expected to improve as server upgrades continue.

The 2017 Vainglory World Championship will be held in Singapore. SEMC feels that this provides a nice full-circle in Vainglory’s history. Singapore was the location of Vainglory’s early beta in December 2013; now, almost five years later, it will be the location of the highest level of competitive play.

During this announcement, Playoffbeard reiterated SEMC’s dedication to making mobile a pillar of core gaming (in addition to PC and consoles): “Because regardless of what pundits might have said at the time, we knew that players on mobile were ready for core gaming. And that once they got their hands on a game like Vainglory, they’d never go back. Fast forward to today, where not only have players and the industry at large embraced the idea of MOBAs on mobile, but we all together as a community have built an insanely cool global esport with Vainglory 8 leagues in every region … fighting to qualify for the world championship.”

Playoffbeard also took a moment to promise that the revision to the Talents Economy and the Glory Refunds would be carried through in 2.7. Finally, Playoffbeard provided a teaser for Reza, a fiery assassin hero with demon nether form. SugarVenom confirmed on Twitter that Reza is the boy Grace named Titus and who would become Samuel’s father. More on that as update notes go live and the PBE is greenlit for streaming. Reza looks to be an interesting hero – with fireballs-on-chains (Poi?) as weapons, will this hero be melee or ranged? Will we see damage-over-time burning effects? And will the addition of another assassin to the Halcyon Fold be enough to disrupt the squishy four-item burst Baron from his spot at the top of the tier list?