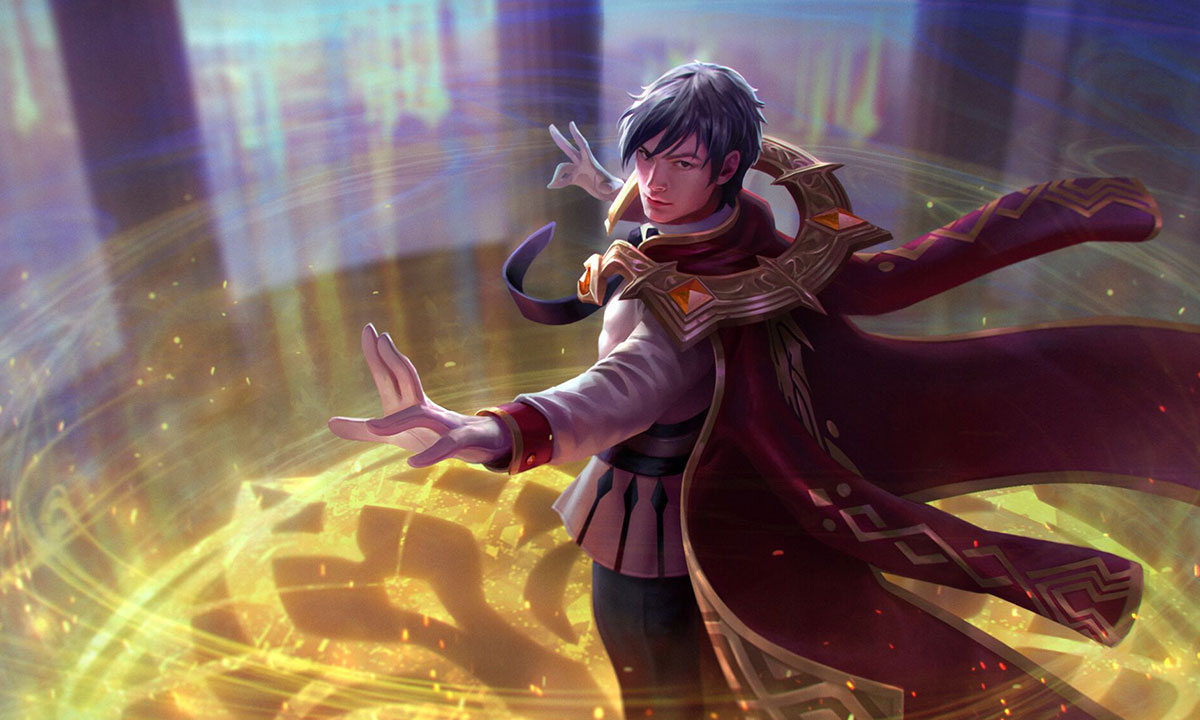 Magnus makes a noble entrance in Vainglory Update 3.9 to mark the start of the Winter season. This Gythian prince is ready to dethrone his foes, coming fully prepared with his hands full of Arcane magic. Broken Myth is here with an early look at Magnus’ abilities, talents, and best builds to inaugurate the Update 3.9 meta.

Compared to other heroes, Magnus follows simple principles that trail a low skill floor. Magnus’ heroic perk afflicts Arcane Mark onto enemies hit by his abilities, unleashing bonus effects when they’re next attacked. Due to its short cooldown and high damage potential, Mystic Missile (A) is the bread and butter of Magnus’ kit. Additionally, hitting enemies with Arcane Mark scatters the missile across nearby targets, dealing damage and afflicting a mark. In team fights, prioritize hitting frontline heroes to spread his mark. Chrono Driver (B) on its own is not a daunting ability, but when coupled with Arcane Mark, enemies become briefly stunned. This alone provides Magnus with an upper edge when engaging in team fights, as enemies will be cautious to initiate around him. Seraphic Flare (Ult) channels a shockwave of energy in the target direction, dealing damage to targets in its path, with bonus damage against marked enemies.

It’s crucial to keep track of which enemies are marked to maximize Magnus’ damage output.

Magnus is fragile in the early game, but ramps up as he approaches the middle game after accruing damage items. He requires a careful and patient play style while he waits for targets to come in range of afflicting Arcane Mark. Since Magnus does not have any weapon ratios, landing his abilities from afar is more valuable than diving in a fight to trade basic attacks. Utilize the massive range on his abilities to remain in the backline of fights, similar to other crystal mages. When playing against Magnus, lure him into a position where you can stay on top of him; because he lacks mobility, his only option is to fight. Magnus primarily plays as a long-ranged crystal mage in the middle lane, but he is also a viable pick in the top lane under the same itemization conditions.

Magnus sends a disc of time magic in the target direction that returns to him, dealing crystal damage to all targets it passes through.

Magnus gathers arcane energy in the target direction for 1 second, dealing massive damage to all targets in the area afterwards.

Hitting an enemy hero with an ability reduces all ability cooldowns. Level 5 stats:

Below are the two recommended builds SEMC has curated for Magnus. For more information on situational items for carries, visit our complete breakdown. Be sure to check our new top hero builds page soon for Broken Myth’s Vainglory Magnus hero guide!

Deal damage from the backline with some self defense.
(High Damage, Low Defense)

Deal massive damage from the backline and rely on teammates for defense.
(Massive Damage, No Defense)

The Update 3.9 activation day is slated for December 11th at 8:00 AM PST / 16:00 GMT / 0:00 SGT with no downtime. Be on the lookout for five new skins, a new item, instant game resume, UI improvements, the Winter season, and general meta changes. If you have any questions about Vainglory’s newest hero Magnus, ask away in the comments below, and we’d be happy to answer them!

Explaining the Vainglory Cross-Platform Vision in 4.0 & 2019