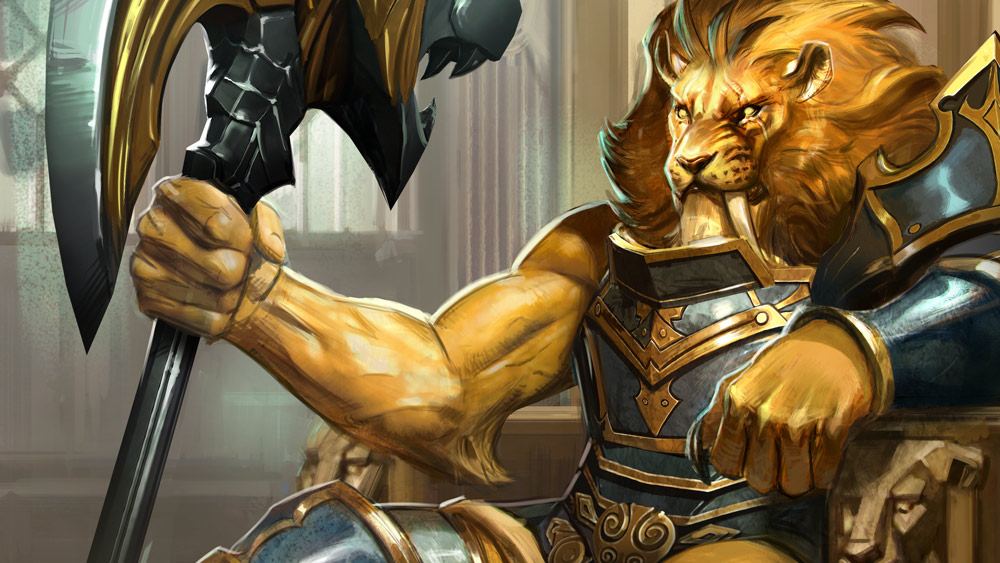 This week in Vainglory News, we have King Glaive, a 5V5 interview, Vainglory at Gamescon, the Summer Bracket Challenge, a new way to enjoy the MOBA for touch, and the location of the SEA Vainglory8 Live Championship. Glaive now, as appearances would suggest, is king of the jungle with the Lion themed ‘King’ Glaive. The new Epic skin will be available in update 2.8. He needed a little help to be king, and you can read all about it in the new Alternate Fate lore.

Recently, an interview was held with Ciderhelm, addressing a few questions the community had about the upcoming 5v5 game mode. Broken Myth covered the full overview in ‘Vainglory Developer Update: 5V5 Ciderhelm Interview’.

This year, SEMC will be making an appearance at Gamescom. On Thursday, August 24th, you’ll find the SEMC team and SK Gaming squad at the Amazon booth. On Friday, a Halcyon Gathering will be organized at the Honor booth. Goodies will be up for grabs on both days. A cosplay Gwen will also be roaming the floor! Tweeting a selfie with her using the hashtags #VaingloryGC, #Gamescom2017 and #PlaywithHonor will enter you in the running for a free Honor 8 smartphone. The Summer Bracket Challenege is open! Pick your favorite team to win each match-up and the tournament for the NA & EU Unified Tournament. For each correct prediction, your prize will go up. The grand prize is a free iPhone 7+ for one lucky winner, with other earnings in the likes of Glory and Mystery Chest keys.

Have you ever thought about how Vainglory would feel, played on a desktop like setup, with a keyboard and mouse? I’m sure a couple of you have tried with Bluestacks. Now, however, you won’t need to try so hard. SEMC is introducing Samsung Dex support in collaboration with Samsung, allowing you to do exactly that! Do note that this is not allowed for competitive play to remove any chance of gaining an unfair advantage.

The location of the SEA Vainglory8 Live Championship has been announced to be Jakarta, Indonesia. The top four teams in SEA will be decided online. These teams will then fight for the title at the Telkomsel Smart Office in Jakarta.

Thank you for reading this week’s Vainglory News Roundup on Broken Myth, and be sure to come back next week for more news on the Halcyon Fold!