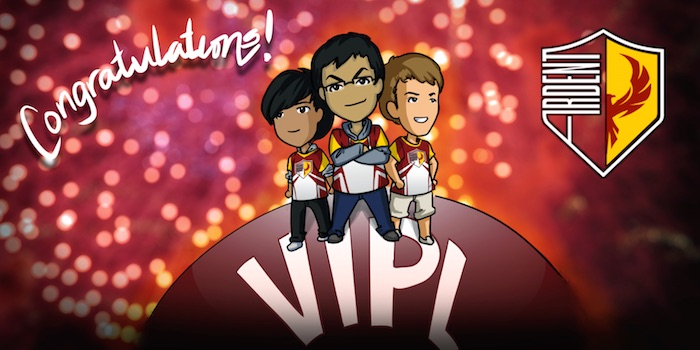 Credit to Lunistia for the image

After an unbelievable series of three games, Ardent Alliance has become the world champions of the Vainglory International Premier League. During this championship series and throughout the season, Ardent has displayed resilience, versatility, and innovation – all attributes which I believe tie closely together and have made them successful. Let’s walk through a few examples.

There’s no doubt that Invincible Armada was watching the semifinal between Ardent Alliance and GankStars Sirius very carefully – they wanted to study how their future opponent would be operating within patch 1.12, which was different from the group stages (patch 1.11). Sure enough, we saw Kestrel banned by Invincible Armada during both drafts (the first and second games), a hero Ardent used against GankStars in all three games of the semifinals. However, Ardent is always changing and evolving, making them difficult to sufficiently prepare for and defend against.

As an example, in the two days between the semifinals and the grand finals, Ardent was practicing 10 hours per day with their sparring partners, GankStars Sirius. During this time, Ardent was once again evolving and preparing something new. In particular, they needed a way to shut down Invincible Armada’s star laner, druid. However, up to this point, druid has proven to be too elusive to lock down and kill during most team fights. Ardent was ready for this.

In the first finals game, Ardent gently guided Invincible Armada’s hand during the draft by banning Vox and using their first pick to obtain Skye. Knowing the track record of Invincible Armada’s laner, there was a high probability he would lock in a Celeste when his other usual options were not available – and that’s what happened. Baited. There’s at least a couple of things which came out of these matches that I believe will influence the current Vainglory meta.

Since she barely arrived a month ago, players are still figuring Kestrel out. Is she good? Is she bad? How do I build her?  In both the 3rd place match and the grand finals, we not only saw how to play her successfully, but that she can be viable in competitive play as both CP and WP builds. Not many heroes can claim that latter accolade. Expect to see an uptick in the amount of Kestrels you see in your own games.

Slow and Steady Wins the Race

Many teams are still more comfortable with the more traditional meta of an early-game domination team composition and strategy. You’ll notice that the two teams who reached the finish line, Invincible Armada and Ardent Alliance, both tend to play into a longer, steady game. In particular, the new bounty system in 1.12 has reinforced this strategy and I foresee it becoming a more important part of the meta going forward. Will there be snowball games still? Absolutely. However, for teams that play too aggressively or try to force an early victory, giving up kills to the other team will often result in the game getting flipped onto its head, in favor of their opponents.

If you are fan of Vainglory, you are obligated to watch these matches. This was one of the closest competitive finals in the history of the game, with some of the best players in the world being stretched to their limits.

The analysis of every game in the series is here! Click here to read it!