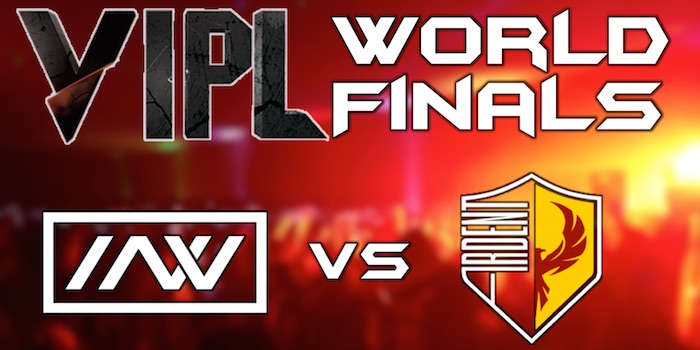 The very foundations of the Halcyon Fold were shaken and there was an audible gasp across Twitter as Ardent Alliance secured a victory over last season’s victor, GankStars Sirius. Now, they move onto the finals and face Invincible Armada, a team who has lived up to their name and remain undefeated throughout this season. This final three-game match is one that most of us could have never predicted, yet one that we are eagerly anticipating. Let’s take a look at how these teams are measuring up.

The uncontested finalist, Invincible Armada, has been hungry to earn a second attempt at being VIPL champions – and it shows. Throughout this season, their opponents have been nothing more than a distraction as they shoot for their end goal. Since adding druid (laner) to their roster, they have been on fire, showing no signs of weakness.

They are also the kings of the double CP comp, having played nothing but crystal power builds for the entire season. While to me (coming from the NA region and meta) double CP feels a little outrageous, I’ve been watching other Korean teams and it appears to be more common in that region. If Invincible Armada wins this championship, I’m betting we’ll see a bit more double CP adoption in the various regions.

As rookies to VIPL, they entered into Group B (a.k.a. the  “Group of Death”) and came out the other side undefeated. This included their match against Hunters, the second place winners from last season. They then entered semifinals as the underdog against the fan favorite team and previous season champions, GankStars. The three game series against Gankstars played out in crescendo, with the final game being a complete domination. In the end, they have proven they are worthy to be in these final matches.

Ardent’s choices in heroes and team compositions have ranged from the extremely unconventional Ardan/Adagio/SAW to the slightly less unconventional Glaive/Kestrel/Vox. This is a team of innovators and thinkers who tends to bring something slightly new to  each matchup, leaving Ardent’s opponents in the dark as to what they’re going to do next and making the draft phase a very disconcerting process.

I persist in believing that druid (laner) is Invincible Armada’s greatest strength, but also their greatest weakness. If an opposing team can focus druid in a team fight and shut him down, the rest of the fight will go favorably. However, I’ve seen teams attempt this and druid has simply proven to be too elusive in addition to perfect positioning. He just doesn’t get caught out.

Ardent Alliance will most likely show us more unconventional comps and strategies to keep Invincible Armada on their toes. The downside is there have been occasions where such non-meta strategies proved to be extremely risky, not only for Ardent, but for other teams who have attempted seemingly crazy, out-of-the-box comps <cough, cough> roam Taka <cough>.

I seriously think I could sleep well at night knowing that either one of these teams takes home the victory. They have both worked very hard for this and are very deserving. If I had to predict which one has the edge, I would give it to Ardent, who conquered both of last season’s finalists.

Best of luck to both teams. Make your fans proud!

Both the 3rd place match and finals will be streamed on the OGN Global Twitch channel on January 9 at 8pm PST  (January 10 at 5am CET; 1pm KST). If you’re not able to watch the matches live, you can always watch them on OGN’s past broadcasts page. Enjoy!

The Pros Have Big Bounties on Their Heads

Looking for a Writer for the EU Competitive Scene