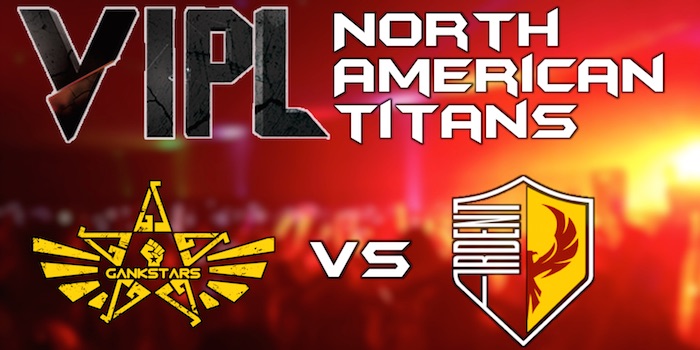 Last week, we saw the battle of the two remaining Korean teams. This week, we get to see the battle of the two remaining North American teams, Ardent Alliance and GankStars Sirius. Both teams are undefeated this season and now they face each other in possibly the biggest match thus far in the tournament. If this best-of-three series goes the way I hope, the very foundations of the Halcyon Fold will be shaken in an epic brawl of titans. Let’s take a look at the teams.

FlashX (Ardent) and gabevizzle (GankStars) are the unsung heroes of their respective teams. They have a large – often subtle – impact upon the game that can sometimes get overlooked. Keep a close eye on these two professionals and you might learn a thing or two.

Ardan remains the cream-of-the-crop roam pick, so expect one of the teams to either ban or pick him. Catherine remains a solid choice as well. FlashX and gabevizzle are both known for their Adagio skills, so that wouldn’t be a surprise either. Fortress has fallen out of favor in 1.12, so I don’t expect to see him played by either team – as during the group stage.

ShinKaigan (Ardent) and CulltheMeek (GankStars) almost don’t need an introduction. Both of them are popular streamers and fantastic players. While I foresee CulltheMeek having stronger mechanical gameplay, ShinKaigan seems to play a stronger cerebral game; although, neither is weak in either area.

Both are known for their Rona gameplay, but since the recent nerf in 1.12, I expect she won’t be a top pick anymore. Both players are also known for their Glaive skills, so I expect that to be a contested pick. In the previous semifinal, Invincible Armada showed us that Koshka is still a strong pick in 1.12, so it’s possible CulltheMeek might take advantage of that. Shin is often an innovator when it comes to heroes and builds, so he might have some tricks up his sleeve.

Lastly, CulltheMeek has been practicing and streaming Blackfeather for weeks now and is pretty darn good. Keep in mind that if a Blackfeather player exercises the Book of Eulogies bug in competitive play – purposefully or accidentally – his team is disqualified from that game. However, Cull has been playing exclusively without using this bug, so it’s a very good possibility we’ll see our first Blackfeather appearance on the VIPL stage.

We’ve seen exceptional gameplay by both MICSHE (Ardent) and IraqiZorro (GankStars) during the group stage, each displaying solid mechanics and tactics. My bet is we’ll see some GIF-worthy plays from both of them by the end of this semifinal.

IraqiZorro is historically known for his Ringo and Vox skills. However, we saw IraqiZorro play Skye against WILD in the group stage and it was a very decisive win, with GankStars ahead 6K gold by the 10-minute mark. I continue to hear rumors that his Skye gameplay is extraordinary.

MICSHE is also known for his Ringo and Vox skills. While we did see some Skye from him during the group stages, Celeste is rumored to be his other preferred hero.

GankStars won the previous VIPL and thus far have shown that they’re deserving of taking it for a second time. While Ardent has huge potential, I feel this semifinal will be a large leap in difficulty over their group stage. However, both teams have had three weeks to play on patch 1.12 and prepare themselves, so it’s anyone’s game still.

During the group stages, both teams gravitated towards “buff comps”, where the goal was to buff a carry with high attack speed – e.g. Rona, SAW, Ringo – via Adagio’s Agent of Wrath and unload tons of damage on the opposing team. It’s very possible we’ll see this again – or a variation of it – but I’m betting each team will be striving to bring something new to the table in an attempt to create some surprises for their opponents.

Skye is such a powerful hero in this patch, that I’m expecting her to be banned whenever possible, probably by Ardent. Then again, Vox is also very strong right now and also a good candidate to pick/ban. Throw in the fact that Ardan and, possibly, Glaive will most likely also be highly sought picks and I’m seriously expecting the draft to be a wicked chess match that will have a strong impact upon each game. This could be a good thing for the underdog, Ardent, because they strike me as the sort that would thrive in a battle of wits.

When it comes down to raw gameplay and tactics, however, I still believe Gankstars has the upper edge. Also, the pool of heroes they’re capable of playing is so strong and diverse, I wonder how much a poor draft could seriously impact them.

It’s hard to not cast my vote with Gankstars as the winner of the three-game series – they’ve got a solid track record. However, I’m hoping Ardent makes them work hard for it and we see a full three games, chock full of memorable, nail-biting moments.

Don’t miss these significant matches! They will be streamed on the OGN Global Twitch channel on January 7 at 2am PST  (11am CET; 7pm KST). If you’re not able to watch the matches live, you can always watch them on OGN’s past broadcasts page. Enjoy!