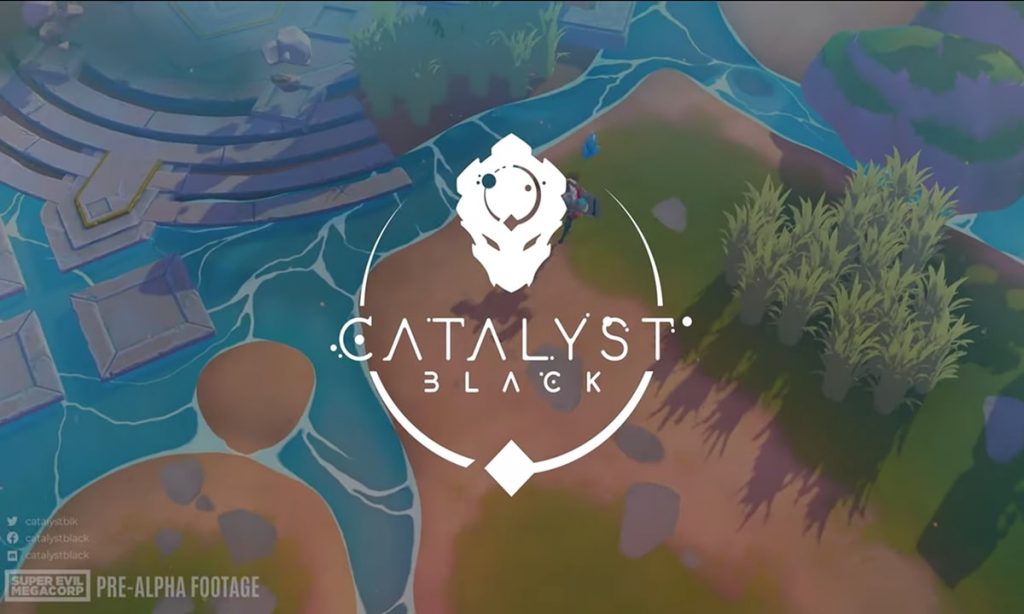 It’s official: Project Spellfire is now Catalyst Black. Super Evil Megacorp has unveiled their upcoming new game — now called Catalyst Black. This team-based, battleground shooter incorporates a range of concepts, such as dropping in or out of the match at any point, to make play accessible for everyone on a cross-platform level.

Catalyst Black is developed by the same evil masterminds who worked hard to bring you Vainglory. Later this year, you will be able to indulge yourself into this brand new world filled with mystery, magic, and ancient masks which allow you to transform into primal gods from other realms.

Check out the recent pre-Alpha game footage below of Catalyst Black and hear from original Vainglory developers Ciderhelm (Creative Director) and SurpriseBirthday (Game Director) on what this game has in store for you. To stay up-to-date on all Catalyst Black information and interact with developers, join the official Discord server.

When does the game release?
There is currently not a set release date for Catalyst Black. SEMC is aiming for everyone to be able to play in 2020. The community will be updated with all pertinent release information.

Is there alpha or beta access?
Catalyst Black does not currently have an alpha or beta version to play. For the best chance at gaining early access, sign up on the official website to be contacted at a later date.

Which controls will be supported?
SEMC is committed to perfecting controls for virtual joystick, physical controllers, and mouse and keyboard. We understand that it may be disappointing to not hear of support for touch controls. Bear in mind that SEMC’s ingenuity brought us touch controls in the first place. If that set up was ideal for Catalyst Black, it would have been (or will eventually be) implemented.

Will there be cross-platform support?
Yes! Catalyst Black will be available to play on mobile and PC/Mac, complete with controller support by its release.

What is the main objective and win case to the game?
Similar to Vainglory, Catalyst Black will have multiple game modes. These modes will have different objectives to win or end a game.

Will Catalyst Black feature Vainglory references?
This is currently unknown, but we can only hope that SEMC will provide homage to their first game. If you have ideas on how to execute these types of special references, don’t be afraid to tweet the developers.

How can I help?
The best way to get involved is by spreading the word of the upcoming game and staying active in the official Discord server. If you believe you have a specific toolset, you can apply to become a Discord moderator. Find the application link in the #rules channel!