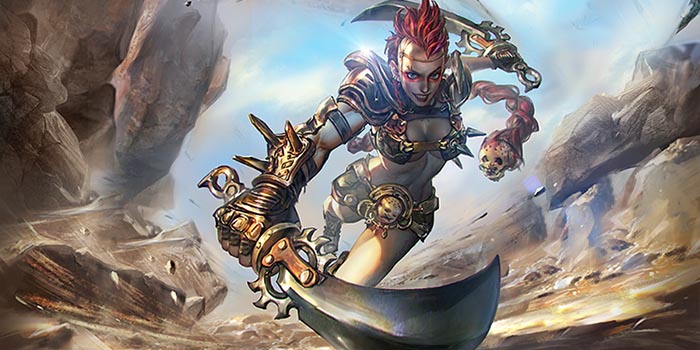 Rona was mad. One might say she was “Fury”ious. Some of her abilities weren’t working as intended. After being a complete beast in Autumn Season, she was relegated to “potato” status in 1.13 and 1.14. The reckoning is at hand! EvilFinn won’t stand for this and thus Rona has gotten some love. Let’s take a moment to look at the changes coming to Rona in update 1.15.

A nerf, but we do gain up to 50 Fortified Health (from 1.14 changes) per hero when landing Into The Fray. The damage was also increased in 1.14.

Instead of just gaining 100 fortified health once, she now gains up to 65/second. Red Mist can last anywhere from 4-6 seconds. This is a lot of health!

So remember in 1.12, when Rona dominated the meta? Let’s take a look at her damage mitigation and how the fortified health and bug fix changes affect her.

In this scenario, A level 12 Rona with max level C is taking 3500 crystal damage over four seconds. Many heroes such as Joule, Celeste, and Skye can easily deal this amount of damage during this time frame. The important column to look at here as we compare 1.12, 1.14, and 1.15 Rona is the Total Mitigated column. This is how much damage is prevented.

Let’s add Rona’s A ability, Into The Fray. This ability was incredibly strong in 1.12, as it provided a flat 15% damage reduction per hero hit. We can clearly see that 1.12’s damage mitigation is off the charts. But again, 1.15 sees an improvement over 1.14 Rona.

Now let’s add shield! This is a more real world scenario. Rona isn’t going to be running around with no defensive items. With an Aegis, 1.15 Rona is starting to look pretty good. It’s only 160 damage less than 1.12 Rona, when Rona was a beast. Adding an Aegis provides a significant boost to fortified health.

What about lower damage? Surely Rona won’t always be taking a Big Red Button. I’m glad you asked! Fortified health is even more effective against lower damage! In fact, if Rona only took 2000 damage over four seconds, 1.15 Rona prevents more damage than 1.12.

Time will tell. Rona has a lot going for her, with added survivability, higher damage, and synergy with the Breaking Point changes. Her ultimate can stack Breaking Point incredibly fast against melee targets. I think she’s an excellent draft pick and I’m really happy to see her get much needed bug fixes. Rona players, rejoice!