Distance and Speed in Vainglory: An In-depth Analysis 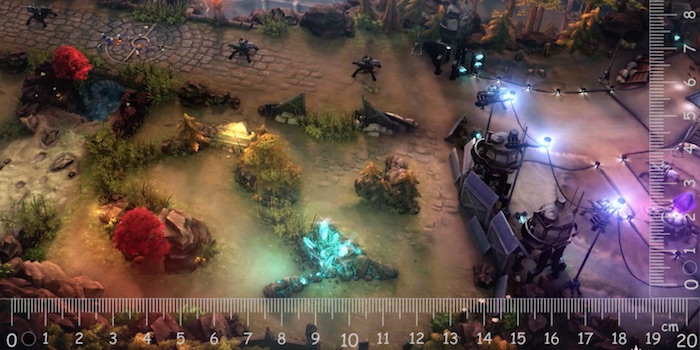 As the competition in Vainglory continues to get more fierce, players need to find newer, more innovative ways to optimize their gameplay, giving them the necessary edge over their opposition. The focus of this article will be how understanding distances in the Halcyon Fold can help you to dominate objectives (and the game) through better rotations and timing. For the first time in Vainglory history, the Halcyon Fold will be revealed in a way you’ve never seen before.

In GankStars there is a saying: “Kills are worthless unless they lead to objectives.” Objectives – e.g. turrets, gold mine, and kraken – get your team closer and closer to shattering the Vain. Through proper map awareness, positioning, and timing you can take objectives and win games without even fighting your opponent. But when mere seconds make a huge difference, how does one accurately prove one strategy will succeed where another will fail? This requires a new way of measuring such things.

First, it’s important to note that all ranges in the game (attacks and abilities) are measured in meters. As an example, when you see that a hero’s attack range is six, that really means they have a range of six meters.  With this knowledge, the range on Skaarf’s Dragon Breath ability – which has a range of exactly 10 meters – was used to produce an overlay grid for the map of the Halcyon Fold.

Now that the mysteries of range and distance in the Halcyon Fold have been unlocked, new doorways of analysis open up for us. As an example, movement speed is conveniently measured in meters per second. Now, this map, movement speeds, respawn times, teleport times, etc. can all be used to quantify timing and positioning. In this diagram, seven of the most common travel paths have been mapped out. By dividing the distances by a hero’s move speed, it’s possible to calculate how long it will take to reach a destination. These two charts include all the most commonly travel paths for both ranged and melee heroes. How long it takes for a hero to get from the starting point to the end point depends on which boots a hero has, so there’s column for each type of boots (including without boots).

Applying Distance and Speed to Gameplay

The following examples will reference one of the most competitive matches to date: Alliance vs. GankStars Sirius in the finals of the first qualifier of the 2016 VGL winter season. During the first game, GankStars had perfect execution, with total control of the gold miner and without losing a single turret. While there’s many different factors that play into having a perfect game, good timing played a critical role. Let’s look at a couple of examples.

You can watch the replay of this game on Twitch at timestamp 4:44:14.

When GankStars took the gold miner at the 4:13 mark, it was because they realized Alliance would not be able to contest it. More particularly, this is how it played out:

Assuming a worst case scenario where Alliance quickly detects GankStars’ gold mine attempt, it would take approximately 24 seconds for Alliance to get to the rear camp, return to the tri-bush, and then do enough damage to discourage GankStars from completing the objective. Keep in mind that Alliance’s jungle duo had not yet purchased boots at this point in the game.

Assuming GankStars’ jungle duo did not follow their normal pattern of rotating to the rear camp, their laner immediately rotated down to shop, and they scouted out the enemy tri-bush to make sure the coast was clear, let’s see how long it would take for GankStars to complete their objective. As you can see, even if Alliance knew GankStars’ move, Alliance would still have been just a second too late.

It’s fun to note that Alliance’s jungle duo, Ardan and Koshka, could both jump walls with their abilities. Had the middle healer been spawned at this point, Alliance would only need vision from a scout trap or flare to jump the wall and reach their tri-bush 2.5 seconds earlier. This is the only way they would have had enough time to intercept and disrupt the gold miner attempt.

In the same game, after Alliance lost their first turret, GankStars rotated down to the jungle shop. This was a perfect opportunity for Alliance to perform a retaliatory strike and take down GankStars’ first turret. The next waves of minions were about 10 meters behind their respective turrets and it would take them about 10 seconds to cover 30 meters and reach the center of the lane. Unfortunately, Alliance’s jungler was spotted by GankStars’ lane minions when he crossed the gap between lane bushes.

Lane minions have a vision range of about eight meters, which is approximately how far away Koshka is from the first two minions of the new wave. The second minion’s vision was blocked by the angle of the bushes; however, the first minion’s vision was not obscured, causing Koshka to briefly flash on GankStars’ mini-map. At this same moment, GankStars’ lane hero, Celeste, reversed course and headed from her tri-bush back to the lane. She arrived in time to cast two heliogenisi into the lane bush, causing Alliance to abort their plans.

Not only did minion vision play a crucial role here, but also timing. GankStars got lucky here; if Koshka had waited a couple more seconds for Vox to clear some lane minions, Alliance’s plans would have gone undetected, allowing them to take the turret before GankStars could react and the game could have played out very differently.

The Next Level of the Meta

This article has shown how knowledge of distance and speed can have a potentially powerful impact upon the game. A new framework for understanding timing and positioning in Vainglory has been introduced. There’s no doubt that in the future professional teams will become hyper-sensitive to these timings. Rotations for an entire game could be planned down to the second, counting the time of their pushes in their head. Teams will plan ahead of time how and when they will wall jump to intercept a kraken or gold miner attempt. The potential for this level of strategy and complexity is exciting.

This post required more work and more data than I have ever needed before. I couldn’t have done it without the ideas, encouragement, and information provided by the folks at Broken Myth, including Keldegar and Gadianton; my colleagues on the GankStars analyst team, Vyzeox and Wavernot; the competitive players in GankStars like FooJee and IraqiZorro; SurpriseBirthday from SEMC; Alliance for letting me pick on them in the use cases; and, last but not least, VGDragonBorne who had the idea for how to measure the Halcyon Fold with screenshots and a flat map.

Latest posts by Owens (see all)