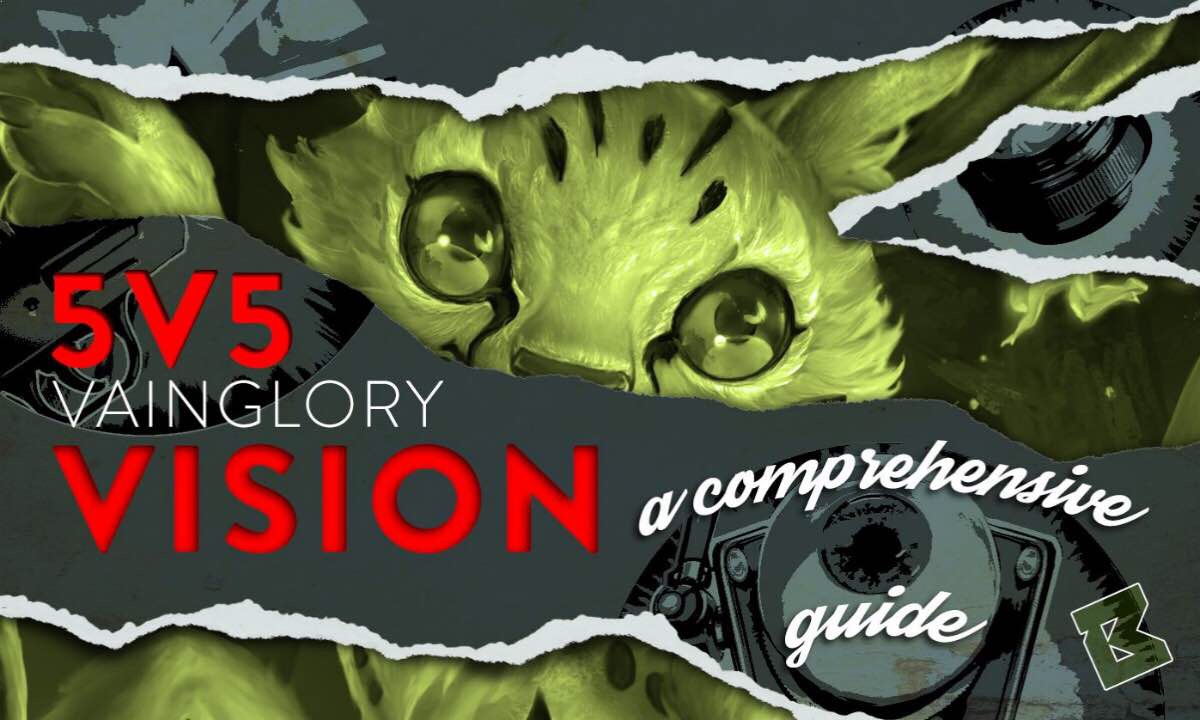 Vainglory 5V5 vision increases your map awareness, and thus your knowledge of the enemy’s location and what they are doing. If you can see all five enemies on the other side of the map you know it’s safe to push your lane and land free hits on their turret. Conversely, if three enemies are missing, they could be coming to gank you — so it’s best to play it safe rather than be sorry. To accomplish these goals, you first must understand the Vainglory 5V5 vision system.

From Old to New

We’re used to a plenitude of vision in Vainglory 3V3, but in some ways that is unhealthy. It enables a team that is ahead to cement their lead with long-lasting vision across the Fold, knowing if the enemy dares set a foot outside of their base. In contrast, the Rise is a much darker place, with less vision available, opening up considerable strategic space to utilize the opponents’ limited information.

Vision is more limited in 5V5 than in 3V3. It also has evolved from being a job almost exclusive to the captain (AKA mine/flare bearer) to a team-wide responsibility. This means that everyone needs to understand how the system works, and how to use it efficiently. 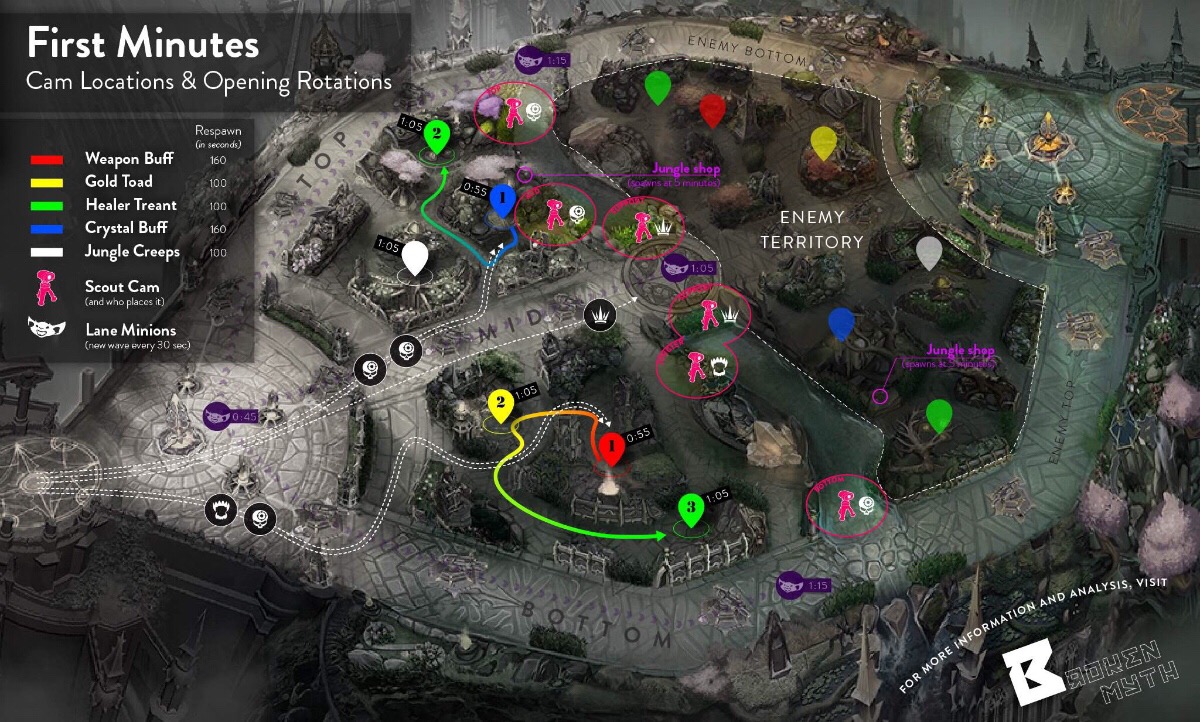 At a basic level, the major changes are that flares and mines as consumable items are gone. Instead, the main vision items are Scout Cams, which everyone starts off with two of, and they recharge over time. This is supplemented by items that boost the number of cams you can hold, reduce cam recharge time, and make cams tougher with a Flare Loader — which serves as a separate item to fulfill the role of flares. As of Update 3.0, the Flare Loader upgrades into the higher forms of Scout Cams so you acquire both flares and cams from these items.

The limited nature of vision increases its importance. If you want to stay safe in your lane or aggress onto the opponent, you need to use vision effectively; a well-placed Scout Cam is your new best friend. However, wasting vision is easy, and that’s fairly unforgiving. At the base level, cams have a recharge timer of 150 seconds — so you need to treat cams royally. It also means that team coordination is important! Wasting vision hurts, as does dropping vision in the same spot another team member has.

A basic attack reduces the remaining time left for the Scout Cam by [total cam life / number of hits to destroy] seconds. For example, each basic attack of a level 1 Scout Cam removes 30 seconds from its total duration. Scout Cams will only reveal invisible objects after a short delay when you first place them — much like the arming period of a mine. Additionally, Scout Cams are visible to all heroes during their arming period.

Flares provide true vision over their entire radius regardless of line of sight. If there is a bush within their radius, they only provide vision into the bush if the flare’s centre is over any part of the bush. Invisible objects revealed by a flare will regain their invisibility when they leave the radius of the flare or when the flare expires.

Vision is only as useful as you and your team make of it. Get in the habit of checking the mini-map frequently and reacting appropriately to the information you acquire. Likewise, you can use pings or voice chat to inform your team when enemies are creeping up so that they can prepare to fight or flight. If you utilize the knowledge you can generate of the opponent well then you can translate that into a significant advantage. Catch up on other 5V5 strategy with my previous series Vainglory 5V5 on the Rise.