The Future of Roams in Vainglory – Upcoming, Dramatic Changes for the Role 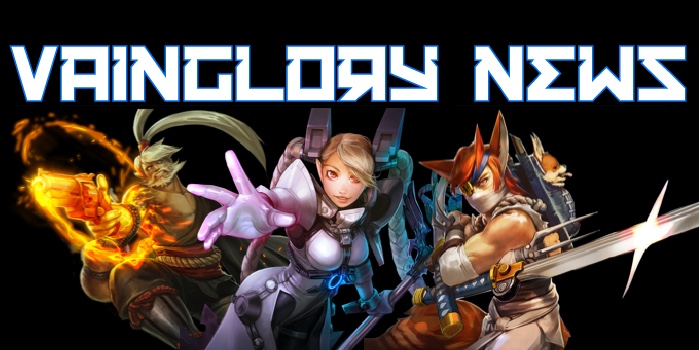 In the update notes for 1.16, Super Evil mentioned that they were aware the community was pleading for new roam heroes, and answered by giving short previews of two upcoming new roam-focused heroes. Since then, on another stream they mentioned that big changes to items would be coming in the patches leading up to the summer season. Today, Zekent and SurpriseBirthday held a special stream where they discussed the upcoming changes.

The Current State of Roams

Right now, roams lack item diversity as well as hero select options. The early game is the worst part of this problem, because Ironguard Contract is the only (viable) opening item for Roams. Currently, there is never a moment where an eSports announcer will say “OMG… look at the roam’s starting item choice.”

There are very few strategies in the first five minutes of the game, and the overwhelmingly-prominent IGC strategy is pretty much the equivalent of “watching grass grow” for VG; babysitting jungler or lane while they get rich. It’s not very fun or decision-based.

IGC—and the items built from it—don’t make sense for non-roams. Items like Warhorn and Stormguard Banner are useless for anyone who isn’t a roamer, because they scale with gold gained from the IGC passive, something only a roam would have a decent amount of. Warhorn is great, but it’s a waste on a carry because you’re not utilizing the IGC part of it. Stormguard Banner is a short-to-mid-term solution for making roam’s basic attacks relevant, it’s just a brute force way of making roam’s attacks feel more powerful.

T3 support items tend to focus on bruisers, specifically Catherine and Ardan. SEMC feels that Adagio and Phinn don’t do as well as they should, because the current items are designed with Catherine and Ardan in mind. There’s also not a lot of diversity in roam heroes or roam items (same 3 or 4 core items on roam heroes), and the notion of having a squishy support is unheard of due to current item choices. Roam is supposed to be the captain role, and it is to some extent; they do most of the initiating and shot-calling in the late-game. Their leadership will be furthered with new items and more diverse choice in the future.

Right now, there is no diversity in starting items for roams. Supports always begin with IGC, which limits strategy and feels boring. So they’re adding more early-game items. SEMC wants to create a brand new, beautiful utility item tree. Zekent said they have around 6 or 7 items in the works right now, making a roam’s opening options roughly as broad as the starting options of a weapon or crystal carry. Super Evil wants it so the roam player could be anywhere on the map depending on what they bought. Here are the examples they mentioned:

These new items will also make sense for non-roams. It won’t often be optimal for a carry to use them, but possible. They’ll be testing roam items on carries to make sure there are not OP combos.

You also won’t know what the enemy has as an opener item until you can see them. This adds a lot of importance to vision, and creates a more interesting early game strategy that the roam has a lot more control over. To add to this, your scoreboard will only update the enemy’s items when you have vision on them. This is a huge change and it’s supposed to be coming in 1.17.

They’ll be increasing choices for roam heroes, both by making existing roams more relevant through items, and by introducing new, unique roams.

Roams’ opening options will feel a lot more like the options for a carry. Whereas support items, especially tier-3 items, tend to focus on bruisers and tankiness now, they’ll be more versatile in the future. Adagio and Phinn don’t do well with the current lack of variety in items. Going forward, there will be more items for helping backline supports, like Adagio.

Cath & Ardan are more flexible than Adagio & Phinn, which is why Cath & Ardan have been so strong (or rather, more consistent) historically. Expect more flexible support styles, and fewer bruiser supports. The notion of having a squishy support right now is unheard of, due to the available item choices. This will be changing, backline supports will now be viable. It’s also worth noting that invade items could help make Fortress more relevant, a hero that tends to be less of a bruiser.

Looking at the description of the two new heroes:

“Lance is a heavily armored defender with a unique sword-and-board fighting style. Lyra, on the other hand, brings powerful magic to support her allies from a distance. In addition to their primary roam roles, Lance will offer a separate warrior path while Lyra will offer a separate mage path.”

It sounds like Lyra will be one of these “backline” support heroes.

SEMC wants to give roamers interesting basic attacks, both through items and hero kits. Stormguard Banner was a medium-term fix for this, it was just a brute force way of making roam attacks feel more powerful. Expect to see more items that affect their basic attacks. Examples:

Items like Shiversteel already do this a little, but it’s rare to see anyone but a melee roam to pick up Shiversteel, and far more common to see a melee bruiser, like Krul, pick one up. So expect changes to this.

Originally, Super Evil wanted to push out items fast in the updates leading up to the Summer Season, now they’re going to come a bit later and spend more time in testing. They didn’t want to rush something so important.

As far as changes coming sooner, Zekent and SurpriseBirthday confirmed that in 1.17 the scoreboard will only update enemy items when you have vision on them.

Specific timelines for Lance and Lyra were not given, but it seems that they will probably be the next two heroes released. Meaning that they’ll probably becoming out in the updates leading up to Summer Season. Emphasis on probably, because this is largely speculative. It’s also fair to say that Lance will be coming before Lyra, since they’ve teased more about Lance and Lance sounds like a bruiser who could fit the current, tanky roam meta.

I’m sure we’ll be hearing more about this at PAX East this weekend, and possibly even reveals of the upcoming items and heroes. Roam is a position that has long felt stale and I’m excited to see large changes coming to make it more fun and interesting.

If you’d like to watch the full stream on upcoming roam changes, you can watch it here.