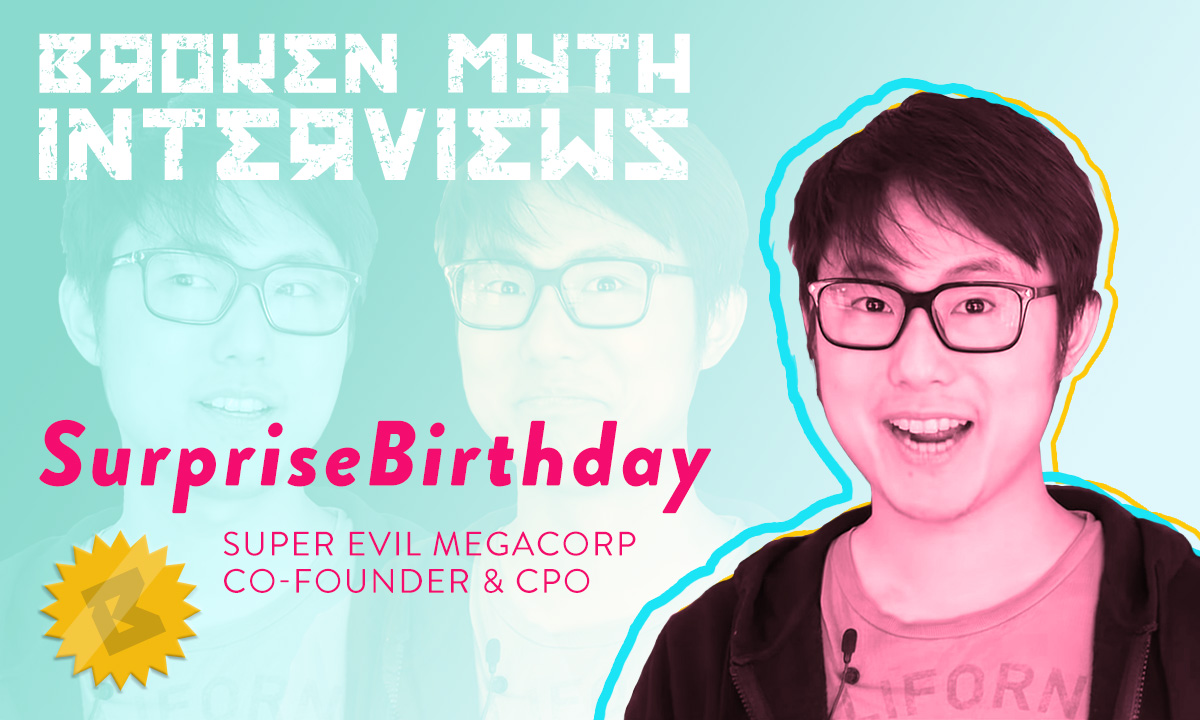 In past interviews, we’ve chatted with players, analysts, esports owners, and even other developers! Adding to this list is SurpriseBirthday, the Chief Product Officer for SEMC. His role tackles all measures that make Vainglory as an app more enjoyable for you. From trolling prevention and Update 3.8 balance changes to matchmaker and Ranked system improvements, take a look into the future of Vainglory in our interview with SurpriseBirthday.

Broken Myth (BM): In the Reddit AMA from this past week, one of the topics that you covered was anti-trolling measures, with the discussion leaning toward AFK detection. Are there any measures being looked at to specifically combat toxicity within the game?

SurpriseBirthday (SB): Yes, we are working [to combat] trolling on several fronts. First is automatic detection, we’re sharpening our ability to auto-detect trolls to include those who stay in the game and engage in minimal, repetitive actions to throw off AFK detection. We’re also looking into updating how Karma works to more modern standards, including giving players a good reason to upvote and downvote people.

BM: The AMA also mentioned upcoming UI adjustments. What can players expect to see change in this area over the course of the next few updates?

SB: UI adjustments will come bit by bit. We are keen on cleaning up the the UI, especially the home screen. We’re also doing some spring cleaning on the very, very old code that drives friends, chat, and parties right now to lay the groundwork for something better. You’ll see that over the next couple months, the quality and ease at which you interact with other players will be a big focus of our feature changes.

BM: Update 3.8 brings massive changes to many aspects of the game. What were some of the largest driving forces behind mapping out this large swing for the game?

SB: These changes really came out of main frustrations of the 5V5 meta. I see our meta between when 5V5 launched until now as “Gen 1 meta” and we’re now taking the first step into “Gen 2 meta”. The biggest problem we saw with Gen 1 was roles & positions: Laners taking lots of jungle camps, and the bot-vs-top 2-vs-1 problem. The big changes in 3.8 will kick up a lot of dust, and expect us to clean that up in 3.9 and 3.10. Right now, we’re cautiously watching energy consumption, Captains’ item economy, gold differences between winners and losers, and how often side-lanes come into play.

BM: A large part of your job has been spearheading matchmaker development. What is the next major step to hone this experience for players?

SB: The next major thing we’re doing is finding ways to help players coordinate parties and roles so that everyone walks into the match happy with the role and position they have and generally agree on the who goes where. This is a big project, so not something in 3.9 or 3.10 but we’re in the planning phases.

BM: A common misconception is that players are reaching higher tiers with less skill than before. Could you explain how tier distribution is handled and how the growing player base affects this?

BM: Ranked progression has remained stationary since the early days of Vainglory. How will this system evolve once other priorities are wrapped up?

SB: We’re going to start new players at a more diverse tier rather than simply putting them around T3-4. Starting in 3.9 (next season), your performance in casual queue will heavily affect where you place in rank, players who are getting crushed will start in T1-2, players who do okay will continue to start in T3, players doing pretty well will be in T4, but players who are stomping others can start in T5 and possibly even T6. This means that for new players, your starting Rank will be a much better reflection of your performance in casual queue leading up to ranked.

BM: Throughout 2018, Vainglory has experienced a lot of changes; these range from the introduction of 5V5 to SEMC remodeling their esports structure. What are some of the big picture plans that players can anticipate to come in the next 1-2 years?

SB: Our biggest focuses right now are on 1) High quality interactions with other players and 2) Becoming a Mobile+Desktop crossplatform game. #1 includes a broad range of topics, from how we handle toxicity, helping players form proper team compositions, to more fluid social interactions such as seeing the list of people that you just played with on your friends list. #2 is about making a solid desktop version–there are lots of kinks and little decisions we made that are optimized for mobile that need to behave differently on desktop! Examples are UX for sending pings, starting the game full screen, being able to remap your keybindings, etc, etc.

BM: Can players look forward to the introduction of new limited time modes, like what was seen with Onslaught? If so, is there any information you can give as to what these game modes may be like?

SB: Onslaught was really awesome, but it didn’t stay fun for more than a week or so. We realize that to really make limited time modes work, we had to get faster at building new modes and changing game rules. Onslaught took us too long to make with our current code, so we’re improving game logic such that it isn’t so hardcoded specifically for traditional MOBA rulesets. This will allow our game designers such as Zekent, Sonata, ShinKaigan to go crazy experimenting with new modes. Variety is key here when it comes to limited time modes, I don’t think anyone is looking for “The next 1000-hour game mode” that rivals the standard mode.

BM: Guild improvements have been a long-debated topic. Are there any plans to visit new guild features in the near future, such as events and rewards?

SB: Unfortunately, guilds are not a big focus right now. The reason is guilds don’t seem to be a big part of a MOBA players’ lives when you’re looking at session-based PvP games such as LoL, DOTA, or Overwatch. They make a ton of sense for MMOs, we have plenty of former diehard WoW raiders and Destiny raiders here at SEMC. Right now, our stance is that the MOBA genre is a lot more about friends than it is about guilds. That is, more about intimate connections between specific individuals you like to play with, rather than a big groups.

BM: With the upcoming release of the full Mac/PC client for Vainglory, how do you see this platform and control scheme fitting into Vainglory long-term?

SB: We believe we can tune the control schemes such that desktop and mobile will at competitive parity with each other. I mean general parity though, I’m sure some specific heroes will be better with touch, mouse, or joystick, but overall I think parity can be achieved. This means the only meaningful factor when deciding “What platform should I play on?” should just come down to “What mood am I in?”

BM: Will there be new methods to use some of the existing currencies, such as for players who have stockpiled Glory and Opals?

SB: Yes we added stuff such as Hats and Emotes specifically to have more ancillary stuff you can get with excess currencies. Glory we’ll likely keep as a “gameplay only, not cosmetic” currency which means just heroes and talents.

BM: If you could only play one hero forever, which one would it be, and why?

SB: Skye, I think she is the most YOLO hero ever with the way her B works.

BM: What are some of your hobbies and interests outside of Vainglory and gaming?

SB: I do spend most of my time on Vainglory and gaming, but when I have a chance to get away, I like to go to hiking out in the deserts.

SurpriseBirthday is one of the masterminds behind Vainglory that we have come to know and love. He has continuously helped progress the game forward and will continue to do so in the future. We at Broken Myth extend our thanks to SurpriseBirthday for taking the time to collaborate with us on this interview and share insight on what’s to come.