An Interview with the World’s First Seasonal Vainglorious Gold Player 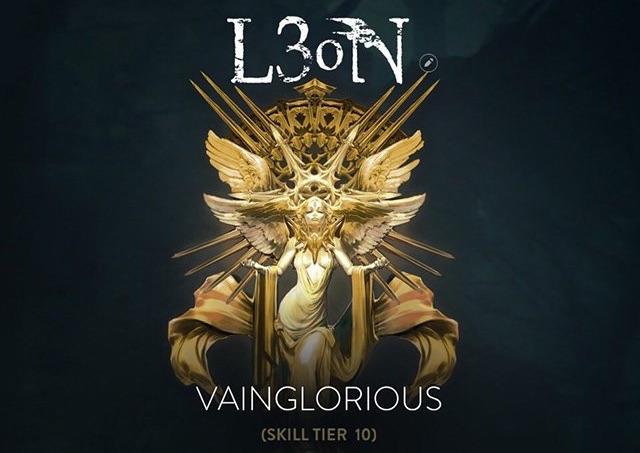 Earlier this week (December 14th), the world received it’s first Season One Vainglorious gold player: L3on, of SK Gaming. At the beginning of November, L3oN had the eighth highest Elo out of the top 100 players in Europe. Little did we know at the time that he was setting himself up to have the highest ranked Elo in the world.

I reached out to L3oN and he was kind of enough to answer some questions about his journey to the top. Enjoy!

BM: First, I heard a rumor that you did a lot of solo and duo queue and that you don’t like party queue in ranked as much. Is that true? What % of games would you guess you did solo/duo vs. full party?

Solo queue gave me the most Elo. I didn’t like playing in full party so much because if I lost with a full team, I would lose a heck of an amount of Elo. Solo queue was the hardest part, but in solo queue I would improve more on my own play style; that’s why I like it.

I duo queued a lot with Jetpacks and Donut (a.k.a. IIoH4uK) in the end because I was close to gold and I didn’t want to lose the opportunity to get the world first. Also, duo queue is more Elo. For example, you can get a Hotness/PG player on your team against PoA players and a win would get you a lot of Elo. And if I have Jet/Donut on my side, then I can ensure a win.

BM: What are your favorite heroes? In particular, which ones did you play the most in ranked?

L3oN: At the moment, my favorite heroes are Krul, Celeste, Skye, Rona, and Ardan. I learned WP Skye three days ago and got 50% of my [skill tier] bar from Skye these last two to three days. But I played Rona, Krul, and Ardan a lot in the start of VG silver. My solo queue heroes were Celeste, Vox, SAW, Rona, and Skye.

BM: How much a day do you play on average?

L3oN: On school days, I play about eight hours and on weekends I play about 16. I really enjoy this game, I’ve made a lot of friends through this game, and it’s been a great experience.

BM: Anything else interesting you want to share from your journey to VG gold? Advice for other players? People you’d like to thank?

L3oN: The most Elo I received was from solo queue, so I would like to thank solo queue! XD … and Jetpacks for giving extra time to play with me.  Good advice is probably not to get salty too much because it will stress you out and maybe make you stop playing ranked (I’ve been there).