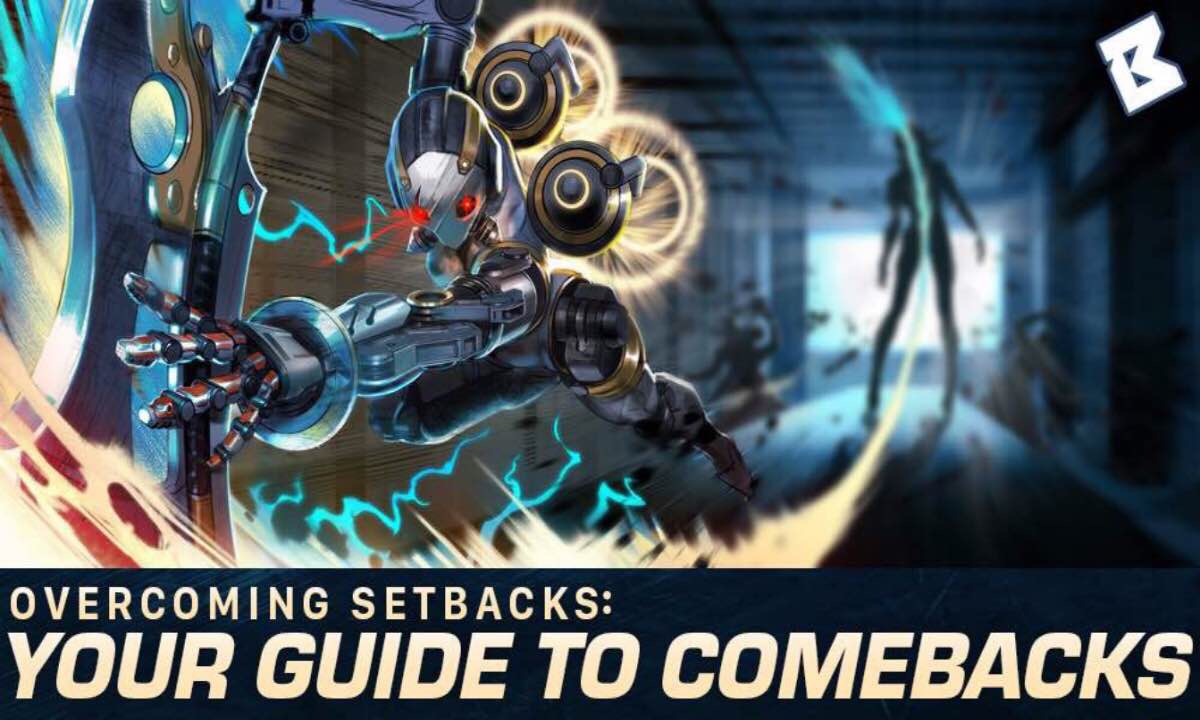 Perhaps you have found yourself on the Fold feeling the quicksand of The Shimmer crushing you as your team slowly slips behind. Or your team is crushing it, but get over zealous, drop a team fight, and is now staring at Kraken closing in on your base. Or, perhaps you have dropped a number of games in a row and see your VST drain to abysmal levels. Today, let’s discuss how you can overcome these scenarios to rally yourself and your team to victory.

Before we get into the How-To part of this discussion, let’s take a moment and discuss the most important part of overcoming a setback: Mindset. It’s easy to slip into the, “We are too far behind,” or, “We already lost this,” mindset. Once you have said this aloud or internally, you have already given up. Our mindset is our greatest asset, especially when things are going sour. It’s important to keep yourself in check by maintaining the right mindset.

How can you keep your mind in the right place? First, remain objective. Yes, we all want to win. I understand and agree, however, we need to keep our emotion under control. Remember, for most of us, it’s just a game. You will not die if you lose, and you will not win every game. Everyone fails at some point in their life. In fact, the majority successful people have failed the most. Rather than fearing failure, take it as a teaching point to improve. In short, learn from your mistakes. If you are afraid to lose, you will not be performing at your best. Fear leads to caution, and caution leads to cowardice. As such, you will not be taking the risks necessary to overcoming adversity. Within reason be cautious and patient, but sitting in base is not going to win the game for you either.

Second, when you can remove your emotions, you can focus on the present. Take a moment to gain perspective of the game and current situation. Dwelling on the past team fights does not help you with the upcoming one. In sports, my coaches were always adamant about having a “short memory.” You screw up, it happens, but don’t keep moping about your shortcomings. When you are focused on the past, you are more likely to mess up again. Being in the present will allow you to take account of the match as it is and that ultimately ties back to being objective. Once you are present, you can formulate a plan to swing the game in your favor and ultimately pull out a comeback victory.

“And it’s because of all these setbacks and failures that I’m so successful today.” – Michael Jordan

Snowballing occurs when a team takes an early lead and keeps building the pressure until the other team is powerless to stop them. If you start to slip behind, stop the bleeding immediately. The bigger the snowball the other team has, the harder it is to overcome. By, “stop the bleeding,” I mean turn towards a turtle mindset where you can safely farm, stop giving the other team kills, and move as a team. The turtle strategy is where a team that is behind becomes very passive and farms what they can. You want to overcome as much of the lead as possible without engaging them. Overcoming a level disadvantage is easy with turtling as you can farm and rely on XP trickle to reach the max level.

Gold is a different story. The other team will continue to build a gold lead, but prioritize your counter-build items so you can overcome what put you behind in the first place. Being aware of the opposing team’s movements while turtling is very important. You will probably not be able to lay down any scout traps at this time, so make sure you have flares. While turtling, if the other team overextends, punish them swiftly because gold bounties are a huge swing in your favor. Once you have reached max level, try to draw them into fights in your advantage, i.e. under turret or with a Crystal Sentry.

While turtling, you need to be aware of Kraken. She is the ultimate counter to a passive approach. Map awareness is key to avoid enemies attempting to capture Kraken. Without scout traps, you can usually see any attack animations in the Kraken spawn if the enemy team is taking it, i.e. Kestrel’s Glimmershots, or Celeste’s Heliogenesis. You will have to fend off Kraken attempts, but this is a good time to engage if they have Kraken aggro. Remain objective – DON’T FACE CHECK THAT TRIBUSH. A good team will bait a fight with Kraken aggro and immediately jump on you when you are near. Again, move as a team. Make sure your squishy carries are outside of CC range and use flares. Any game is winnable, but the quicker you can rein in the snowball, the better your chances of a comeback victory – Never Give, Never Surrender!

Your team is rocking it and is out to a commanding victory. You think you are the greatest player to ever hit the Fold, but then you lose a team fight, and another, and another… You watch as the other team turns the tides. Whether you have an early game comp or made some bad decisions; you can fix this. The first step is to stop the bleeding. Regroup your team. I know if I start falling behind, I want to try and do everything. However, you will almost always lose the 1v3. Take time to reassess your current situation. What is their strategy? How can you counter it? The answer to these questions come with experience. Now you have to understand your team does not have the advantage anymore. Worst case scenario is the enemy team took the gold lead; the best case is they evened the playing field. Once you realize this, you can play to your strengths, attack their strategy, and take home the win. The majority of “thrown” matches are teams—or even one player—thinking they are still ahead, and overextending, engaging alone, etc. Don’t let this be you. Bring your team together and play smart.

You have just lost the last 5 ranked games in a row and sunk back into “VST Hell.” You feel the need to regain all your VST back – DO NOT QUEUE INTO ANOTHER MATCH! You are tilted. Tilt is when you are upset from repeated loses, negatively affecting your gameplay. As such, you lose more matches as a result. What is the best way to combat tilt? STOP! Take a break. Vainglory will still be there when you return from getting your mindset right. Sometimes we just have rough days and things are not clicking. It’s perfectly normal, it happens. Don’t beat yourself up over it. Just because you are failing does not make you a failure. The solution is not to try harder, but come back in a better mindset. Take this time to understand where you are mentally and practice getting back into the right mindset. Whether that’s in an hour or in a day is up to you. When I tilt, I usually prefer to sleep it off or do something different like wash the dishes. Tilt happens when we lose our positive mindset. Once you have recultivated that positive mindset and are focused, you can return to your domination of the Fold!

To wrap up, failure is only failure if we do not learn from it. Personally, I learn much more from failing than I ever do from winning. I hope you take this guide forward with you in life and on the Fold to keep growing and never fearing failure. I leave you with some wise words: Gadianton interviewed the Halcyon Hammers’ coach, R4ge, when DNZio was still playing for them. He made a wise statement about DNZio and performing under pressure that we can all learn from:

“You aren’t able to put Zio on tilt because we focus on an exercise to calm him, to bring his heart rate down and he knows what to do… He’s so smart. When he plays Vox, he says, ‘I know I’m always down. I can’t farm against Ringos. I’m always going to get ganked because everyone knows I’m Vox. I just always know how to play from behind because I am always in that situation.’ Then he applies that to every other hero and he always knows how to play from behind.”

PS – After reaching out to R4ge, he clarified that DNZio’s breathing technique is known as Diaphragmatic Breathing. It is a well-known technique that requires a deeper breathe causing a relaxing effect on the body. It is commonly used by high level athletes and elite soldiers. You can learn more about it in this guide.

featured how to win setbacks VainGlory