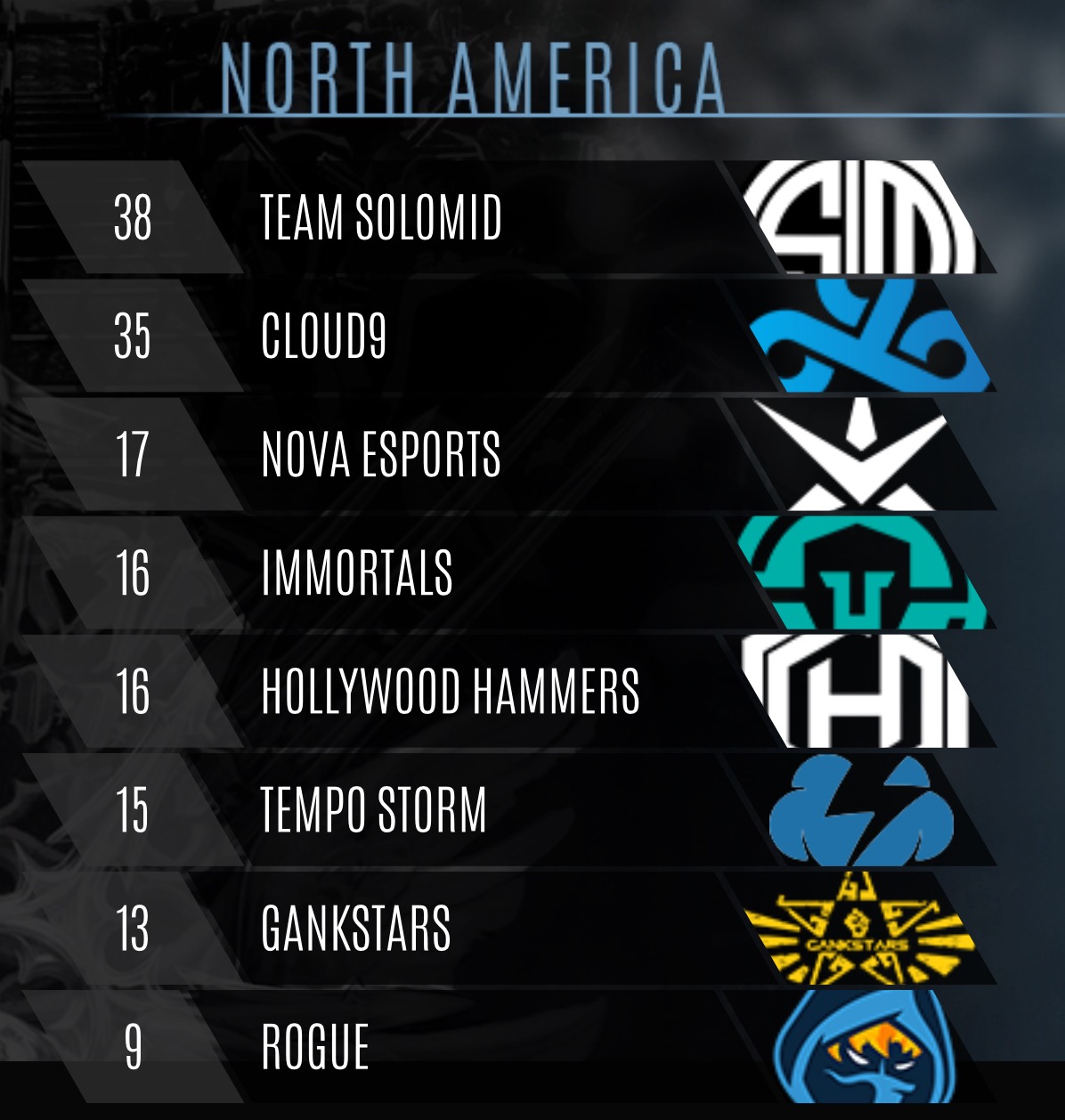 Week 3 started off with each team in the Vainglory8 being able to secure a spot in the Summer Unified Live Championship. Take a look at all of the team’s win conditions in an in-depth article by BLG3RNT. With such high stakes, each individual match held huge consequences as teams vied for the top six spots in the NA region.

The first series of the day started off with Cloud9 taking on GankStars. Cloud9 was able to take the series 2-0. In the second series, Immortals was able to utilize full team aggression to take down Hammers in the first game. Immortals also successfully won the second game to take the series 2-0. In the offline series of the day, TSM advanced to the semifinals with a score of 2-1 over Tempo Storm. With Rogue’s season on the line, they faced off in the final series of Day 1 with NOVA. Although they were able to take one game off of NOVA, Rogue fell 2-1.

The second day of the weekend gave Immortals a chance to overtake GankStars in the standings, as they faced off against NOVA in the first series of the day. In the first match of the series, which lasted 35 minutes, after an amazing Vain Crystal defense, Immortals was able to take game one. In a much shorter game two, Immortals was able to claim victory and take the series 2-0. The second semifinal of the day pitted the top two teams in NA against each other. After Cloud9 took the first game, TSM came back and reverse swept the series 2-1 to secure the top spot in NA for the Summer Unified Live Championship.

Match of the Week: Team SoloMid vs. Cloud9

This week in the semifinals, the two titans of NA clashed to determine who would claim the first seed going into the Summer Unified Live Championship in September. In the first game of the series, Cloud9 took down TSM with a double heal composition. Following early aggression, Cloud9 able to suppress VONC’s Krul. Even as BestChuckNA scaled up, the double heal of Grace and Adagio proved to be too much for TSM. After taking a slight advantage early on, Cloud9 started to fall off slightly midgame which allowed TSM to win game two, tying the series 1-1. In the third match of the series, both teams showed a much more passive and reserved side. Throughout the game, only 11 kills were amassed total. On the back of BestChuckNA with FlashX playing Captain Catherine, TSM was able to win the third game to move on to the week three finals.

This week Vox made a resurgence into the meta, being banned 6 times and winning 8/9 when being picked. Catherine as well has cemented her place as a must pick/ban. For the third week in a row, Baron received double digit bans, racking up a total of 14 bans this week. One of the heros that has seen less success the last several weeks is Lyra. This week she only won 2/9 games while still being banned 7 times. This week, with the Unified Live Championship looming, many teams used unconventional compositions. This was either in an attempt to secure their spot in the championship or to keep strategies hidden.
*Third place series stats not included