Flex Your Might: Vainglory Flex Picks and When to Use Them 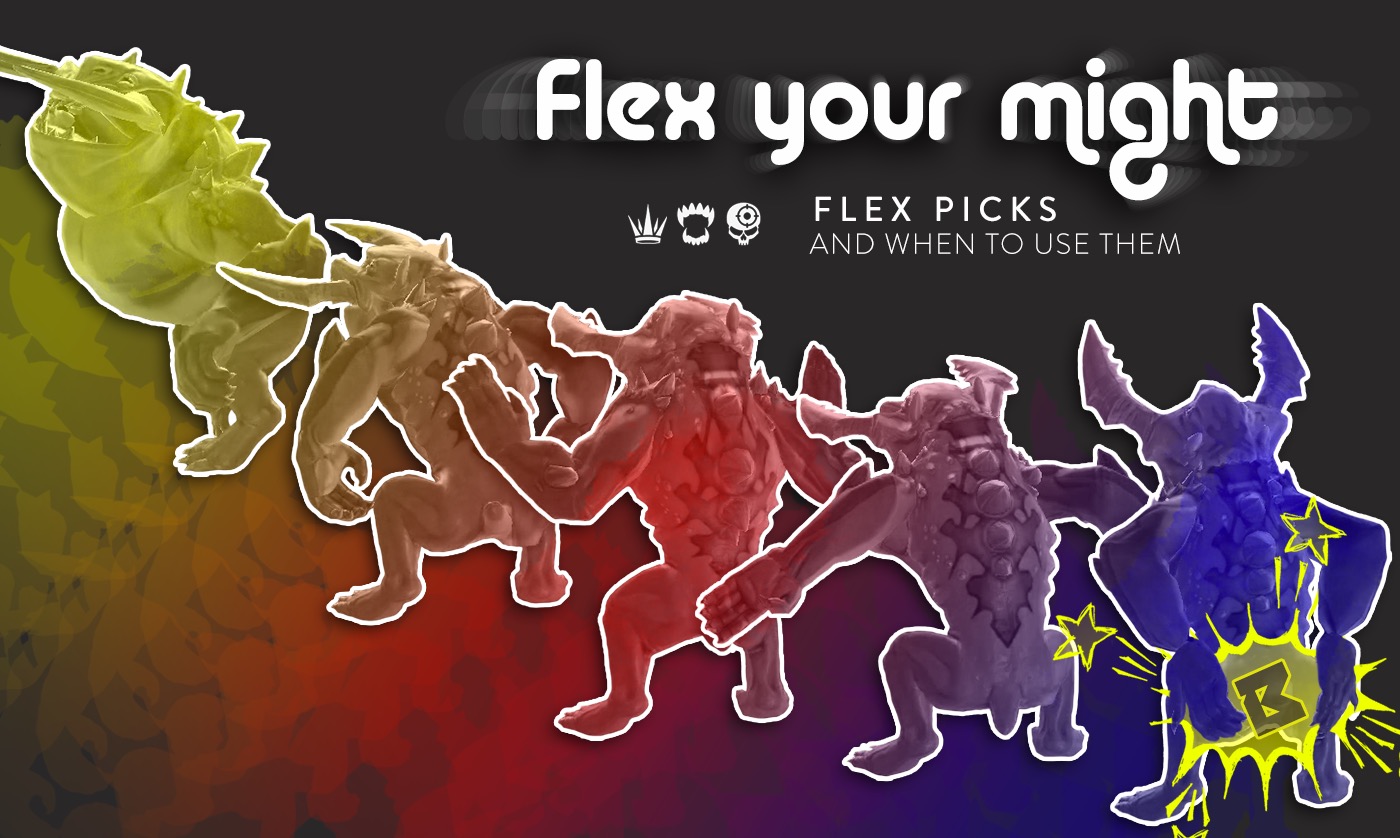 You’re looking to improve your game, or perhaps hope to enter your team into the Challenger Series and eventually reach the Vainglory 8. One thing the competitive scene has taught us is that games can be won or lost in draft. As the coach for a professional Vainglory team, I want to share insight on drafting and the benefits of adding flex picks to your draft.

For those who don’t know me, I’m BLG3RNT. I coach for GankStars, who recently took second place in the Vainglory Unified Live Championships in London. I’d like to share basic insight about flex picks, and which heroes typically fit this role.

Before we start, we need to clarify “flex picks.” Flex picks usually aren’t successful unless you can establish clear communication in draft. Flex picks are only as strong as the players using them. Just because Kestrel can be played in jungle and lane, she isn’t a strong flex pick if your teammates cannot play her. Needless to say, knowing your team’s strengths and weaknesses is key.

Who Are These “Bendy” Heroes?

You could say every hero is a flex pick, but realistically, there is only a select few who excel. This isn’t intended to be an all-inclusive list, but instead consists of the most common flex picks. Your flex picks will greatly depend on your team’s hero pool.

Adagio is a superb flex pick. He has the ability to move between Carry or Captain. Unquestionably, Adagio is one of the stronger flex picks available.

Blackfeather has the ability to take the crystal or weapon path, and although he’s listed as a Carry, he is primarily played in the jungle. However, if your team’s carry is proficient with melee heroes, he is a solid flex pick.

I am a big fan of the Glaive flex pick. Though Glaive could be played as jungle, Captain Glaive requires a fair amount of skill. Glaive’s only utility is his A, Afterburn. However, if you posses the certain mastery, Glaive is definitely your top flex pick.

Grumpjaw is practically Glaive on steroids. He is one of the more devastating junglers in the current meta, but his kit plays very well for Captains as well. His kit includes a slow and peel from the Stuffed ability, and his passive is a damage reduction which makes him very tanky.

Kestrel is strong as a Jungle and Carry flex pick. Kestrel’s build path is limiting as she is only viable when built weapon in lane and crystal in jungle. Otherwise, she’s a very good flex pick.

How and When to Flex

There are specific situations in which flex-picking will be successful. It’s very easy to reveal your team composition too early through accidentally picking a hero at the wrong time. Since double ban draft isn’t available to the public, I’ll be using the single ban draft system.

Crucial to understand, flex picks are used to hide your strategy. This means a flex pick is only strong when used to conceal your intentions.

If you are on Side A, your flex pick must be your first pick. As such, the next time your team picks, you will complete your draft. Fundamentally, there is no longer any wonder about which hero is what role. You are not required to flex pick on your first pick, but it is the sole time in which a flex pick will work on Side A.

Side B is a bit more tricky when flex-picking. You may be wondering why that is. On Side B, you must make 2 picks, and you have to ensure your picks don’t give each other away.

Latest posts by BLG3RNT (see all)