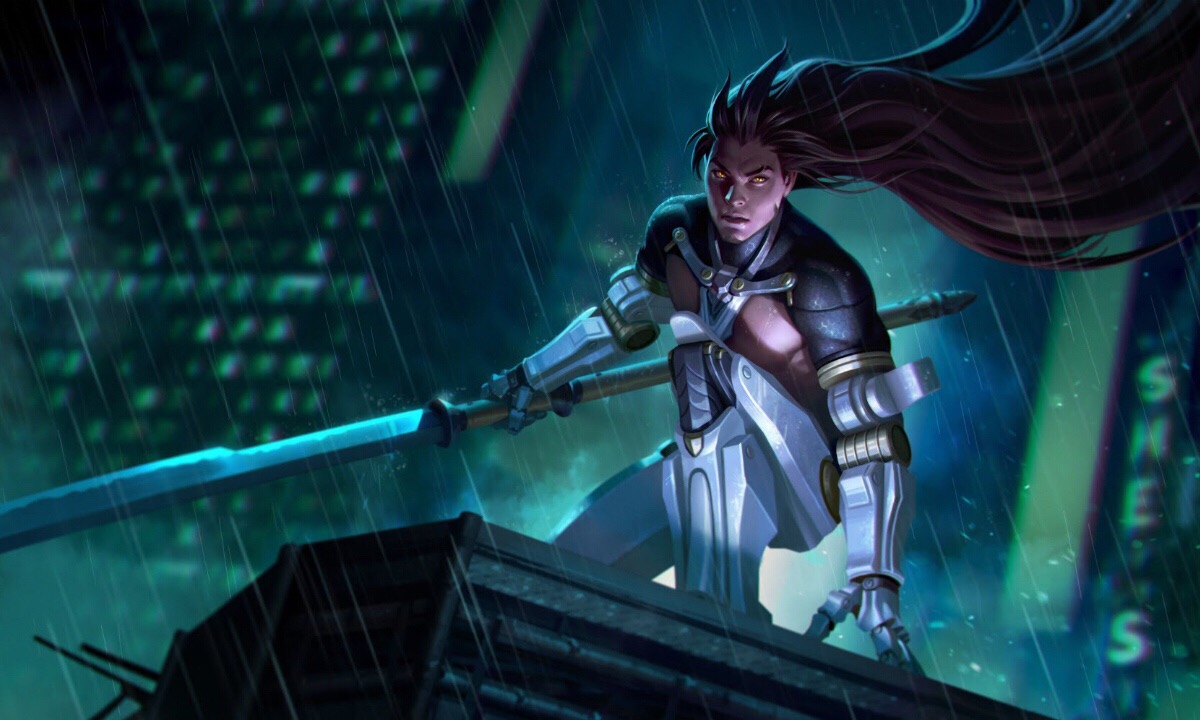 Kensei’s kit revolves around chained activations to maximize the effectiveness of his empowerment stance. Each of his abilities set him up to land more basic attacks, meaning that attack speed is key. Because of this, he follows a primary weapon build path and thus fits into the bottom lane, but he can also flex into the top lane or jungle. Deciding which enemy you’re going to target before a team fight is crucial to victory. Kensei has a choice between combating on the frontline (often against a utility-based enemy) while absorbing damage from his heroic perk’s barrier or diving onto the backline with his gap-closing abilities to first devastate ADCs. Let’s break down Kensei’s abilities.

Kensei rushes forward, swinging his blade and dealing basic attack damage in an arc in front of him.

Kensho Stance: The next Lotus Strike or Path of the Ronin gains a powerful bonus effect when activated within 2.5 seconds of canceling this stance.

Path of the Ronin (Ultimate)

Kensei readies himself before quickly rushing forward, dealing basic attack plus bonus damage to all enemies in his way.

Below are the two recommended builds SEMC has curated for Kensei. For more information on situational items for carries, visit our complete breakdown. Be sure to check our top hero builds page soon for Broken Myth’s Kensei hero guide!

Low cooldowns allow for easier movement around the battlefield with Lotus Strike (A). Be sure to use Kensho (B) to frequently empower your abilities.
(High Mobility, Moderate Defense)

The Update 3.3 activation day is currently unknown, but is planned to release this week with no downtime. Be on the lookout for optional joystick controls, voice chat, and quality of life improvements. If you have any questions about Vainglory’s newest hero Kensei, ask away in the comments below, and we’d be happy to answer them!