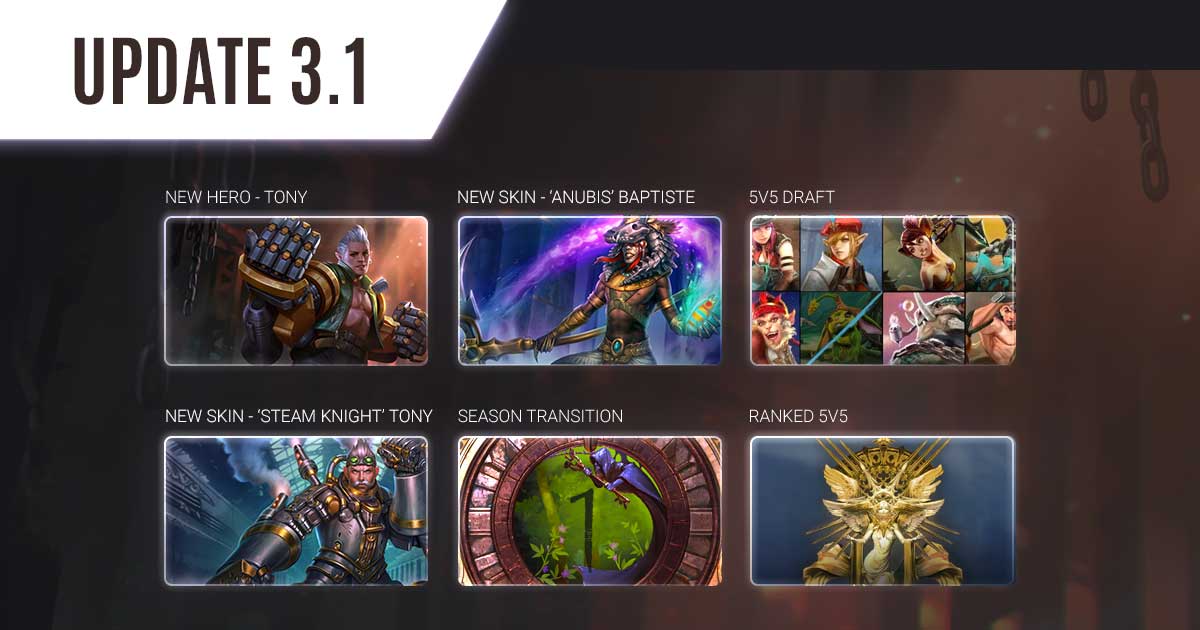 After weeks of teasers, Tony drops as Vainglory’s newest hero! We released on article on how to play Tony in the captain role earlier this week.

Arguably the most anticipated feature of Update 3.1 is 5V5 Ranked. Players can now divulge into the blood, sweat, and tears on Sovereign’s Rise that surround Vainglory’s competitive mode. Before playing, familiarize yourself with the new system available to all skill tiers — double ban heroes and chat with teammates. The first few days of 5V5 Ranked resulted in incorrect progression, but SEMC has since amended the situation to ensure you receive a smooth experience.

Three hero skins were introduced, one for Tony himself!

Alongside the release of 5V5, SEMC has increased their esports production value with Razer and ESP Gaming partnerships. Vainglory8 has been renamed to Vainglory Premier League accompanied by a new tournament system. If you don’t care for the specifics, here’s what you need to know at a minimum: 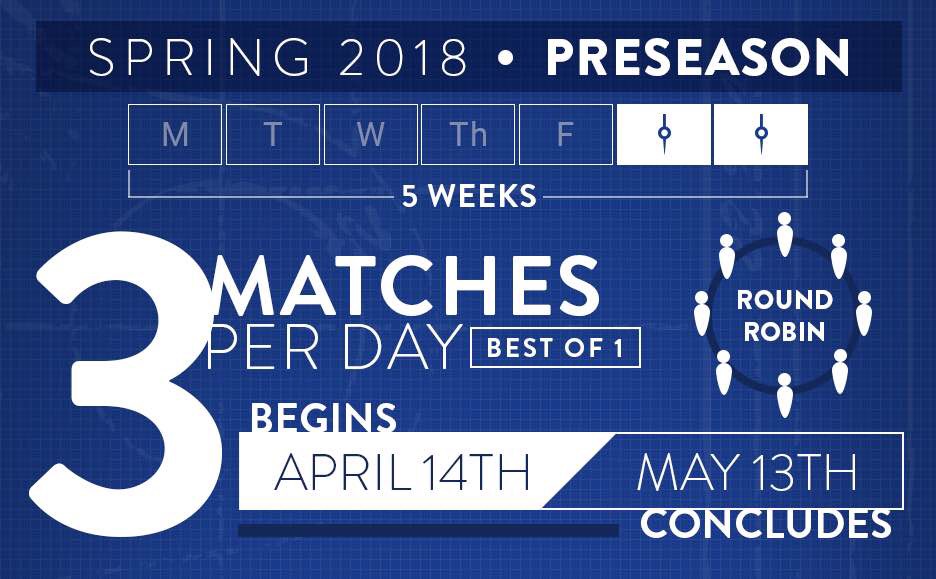 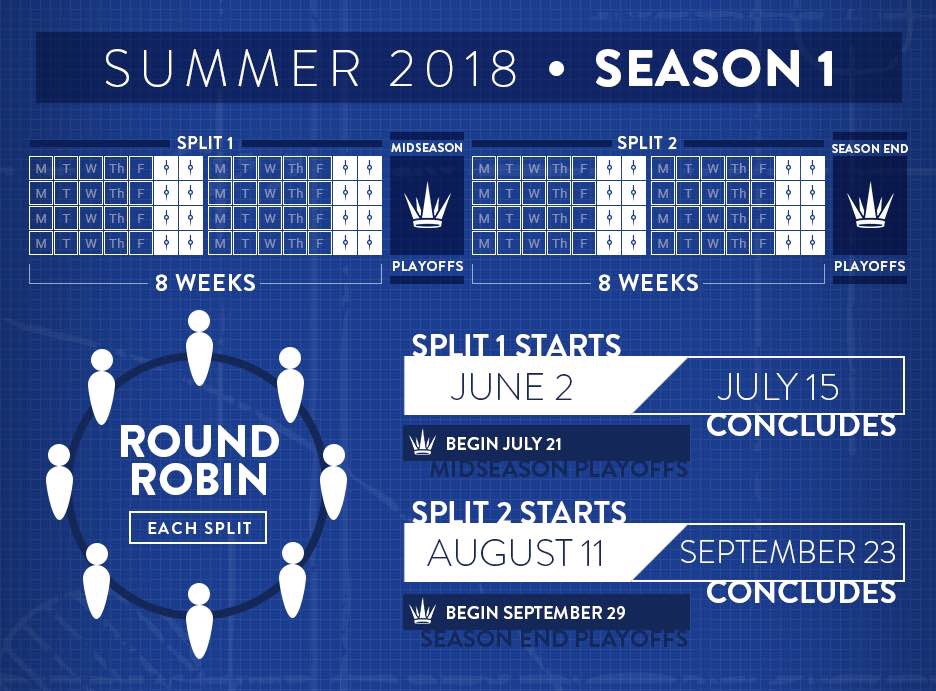 That’s us! In case you did not know, I’m the Site Manager here at Broken Myth and wanted to cover a few details regarding the site recently.

For our three year site anniversary, we held a contest to giveaway merchandise that SEMC provided. ‘Rosemary’ was the winner, and she was kind enough to send us pictures of the loot!

These two site sections are our most popular resources. As such, we will never abandon them. The consistency of these two resources have fell short of our expectations, so we recently welcomed additional analysts to the team. We plan to release a 3.1 Tier List and overhauled Top Builds for 3.2. During this time period, articles may publish at a slower pace — but we promise to not hinder any production thereafter. Following the releases, these pages will remain updated and become a central part of Broken Myth once again.