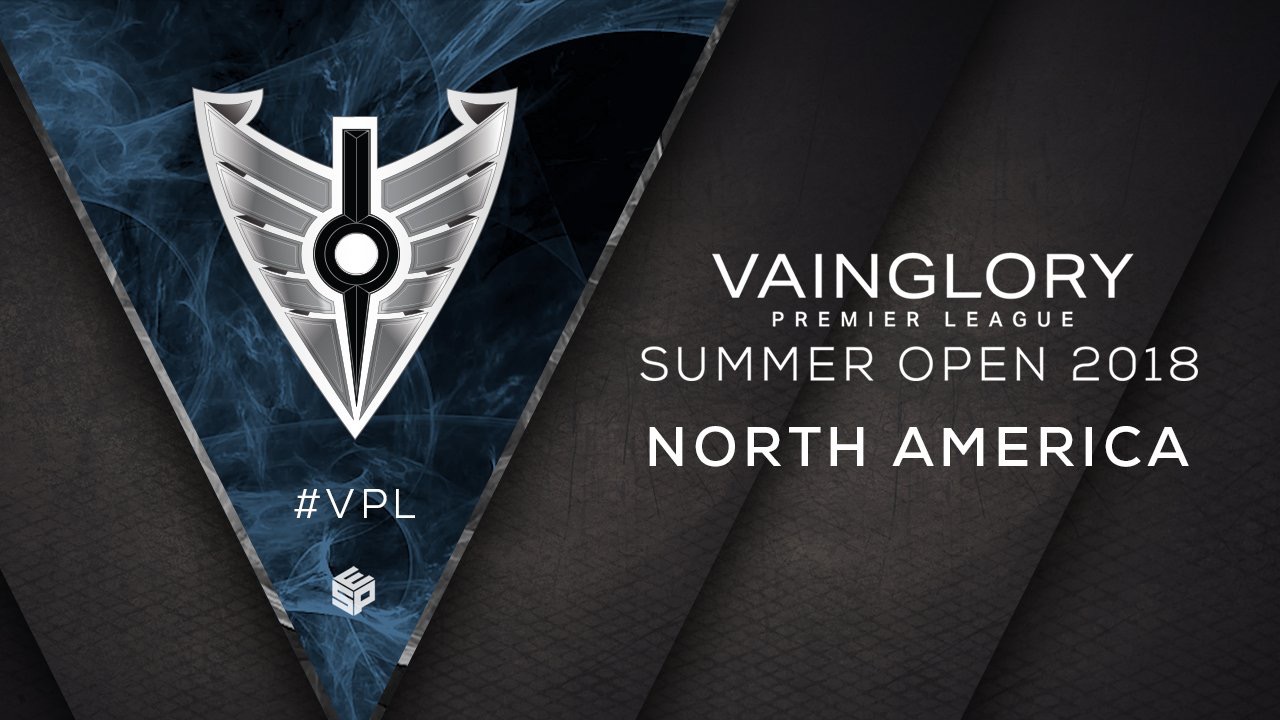 In the fifth and final week of the VPL Summer Open, the final four teams competed to be crowned as champions. On Saturday, the quarterfinals took place, with Nova Esports facing off against Vision Gaming and Tribe Gaming taking on Team Feroxx. Sunday viewers were first treated to the third place match before the finals to cap off the tournament.

GAME 1 — The first match-up of the weekend saw Nova face off against Vision. This series was the closest skill-wise that we have seen all season long. Vision took first blood, moving into Nova’s jungle to secure another kill. By the 4-minute mark, the game had turned with Nova taking the gold lead. Nova translated this lead into taking down the first turret of the game. By the 11-minute mark, StartingAllOver out-leveled Lucius 10-to-7. Nova overall appeared much more controlled this week compared to their matches against Vegetable Juice the week before. This showed in Nova’s ability to capture two Ghostwings by 12:15 into the match. Just over a minute later, as Nova was taking Blackclaw, CozZ stole the dragon with a basic attack on crystal Kestrel. However, Vision was unable to capitalize on this steal and, as a result, did not take down any turrets. Several minutes later, Nova captured Blackclaw and pushed into the base of Vision, taking game one in 19 minutes.

GAME 2 — As game two kicked off, Vision opted to sub in TiVo for Lucius. Vision started game two much stronger, building a small gold lead early in the match. At 7½ minutes, Vision took down both Delphi and StartingAllOver in an extended team fight. Several minutes later, Nova turned a team fight around in their favor, which allowed them to capture Ghostwing, giving them the gold lead. The game went back and forth from here with each team catching an enemy out of position, then winning the ensuing team fight. The last of these resulted in Nova taking both Ghostwing and Blackclaw, which allowed for them to take down Vision’s middle lane armory. Even with this massive push, Vision was only down just under 1,000 gold. Vision won a team fight, providing them with the ability to capture Blackclaw, keeping the game within reach. After this push, the game was tied up at 19 kills apiece. Vision held the momentum to win one final team fight and take down Nova’s Vain Crystal to even the series at one game each.

GAME 3 — As this series reached the tiebreaking third game, it must be noted that this was the first series to reach this mark during the Summer Open; all other series were taken in 2-0 fashion. Vision got off to a hot start similar to game two, taking first blood. They followed this up by stealing Nova’s weapon buff and securing two more kills. Vision performed strongly through the rest of the early game. As the mid-game approached, Nova began to slowly cut down on the lead that Vision had accumulated. The game switched pace in Nova’s favor when they captured Ghostwing. From here, they began to take complete control of the game, with Truth being several levels ahead of his opponents. One key strategy that Nova employed was to purchase infusions early in the game. This gave them an upper hand in many team fights, which allowed them to snowball through the mid-game. Nova finished game three off after taking Blackclaw, to win the series 2-1!

GAME 1 — The second series of the day saw newcomers Team Feroxx take on one of the most established Vainglory rosters: Tribe Gaming. Feroxx started strong in the draft, picking up both Anka and Silvernail; however, they gave Kensei over to the side of Tribe. As we have seen over the past several weeks, Tribe has played the early game relatively passive. While Feroxx has been playing exceptionally, facing off against Tribe’s all-star roster is a whole different monster. Tribe showed their prowess in the game by going up 6-0 in kills with a 5,000 gold lead by the 12-minute mark. They then took Blackclaw, proceeding to push down the middle lane as a full team, taking down Feroxx’s armory. Tribe bode their time well by waiting for the right opportunity to finish the game. They found this at the 18-minute mark, where they were able to 5-man push into Feroxx’s base and take game one.

GAME 2 — Game two got off to a much different start, with Team Feroxx collapsing on MaxGreen. Feroxx held this lead through the early game, looking much stronger than in the first game. As the match moved towards mid-game, Tribe began to gain more control of the game after taking an ace. Tribe then proceeded to capture Ghostwing to extend their lead. Several minutes later at 11:45, Tribe secured a second Ghostwing. From here, they proceeded take Blackclaw and two middle lane turrets. After a close team fight at the 15-minute mark, Tribe took their third Ghostwing of the match. Two minutes later, Feroxx swung a huge team fight in their favor, allowing them to take Blackclaw. They were unfortunately only able to destroy one turret with the help of Blackclaw. By kiting out Feroxx, Tribe won a deciding team fight in their own jungle. Tribe then rushed to the Vain Crystal to finish the game and take the series at 20:45.

GAME 1 — The third place matches started as Vision’s ShadedTalent experienced connection issues. This persisted until 2:30, when a pause occured and he re-entered the match. This mishap allowed for Feroxx to jump ahead, and they took full advantage of the situation. Vision began the uphill battle to claw their way back into the game, but still found themselves down moving into the mid-game. Feroxx captured Ghostwing at 10:45, then proceeded to take Blackclaw two minutes later. Afterwards, Feroxx maintained complete control of the game, securing their second Ghostwing at 14:30 and obtaining a 6,000 gold lead. There was nothing Vision could do after falling behind early. Feroxx closed out game one at the 17:45 minute mark.

GAME 2 — Game two started with a bang as Feroxx collapsed on Vision to take two early kills. After this, the game slowed down dramatically with teams falling back to their side of the map to farm in safety. Feroxx slowly built a small gold lead through the early game and steadily took objectives without contest. Vision turned a team fight around in their favor at 11 minutes, allowing them to capture Ghostwing. However, while they were securing Ghostwing, they surrendered two turrets to Feroxx. At the 14-minute mark, Feroxx captured Blackclaw. During this push, they were taken down to extremely low health but broke through an armory, exposing Vision’s Vain Crystal. Feroxx captured Ghostwing at the 16-minute mark but then lost the ensuing team fight to Vision. Vision did their best to fight off the onslaught put on by Feroxx, even defending against their whole team activating Teleport Boots in an to attempt to shatter the Vain Crystal. The game ended as PEC0 distracted several players from Vision away from their base long enough for the rest of Feroxx to take the game. Feroxx took third place in the Summer Open and claimed the $500 prize!

GAME 1 — The grand final of the Summer Open saw the two favorite teams of the tournament, Tribe Gaming and Nova Esports, face off to take home the top prize! Game one, as we have seen many times this season in North America, got off to a slow start, with each team farming and trading kills. Tribe took first blood and followed it up with a second kill shortly after. On the next rotation, Nova secured both crystal buffs, giving them a distinct advantage during the next engage. Nova then captured Ghostwing at the 8-minute mark, putting them in an excellent position moving into the mid game. One of the key points in Nova’s composition was the incredible AOE damage put out by both Skaarf and Baron, which tore through Tribe. Nova took a second Ghostwing by 12:15 after securing an ace. They followed this up by taking Blackclaw. Nova then proceeded to push straight down the lane to take the first game of the series in just under 14 minutes.

GAME 2 — The second game got off to an interesting start, beginning with the draft. After a total draft reset requested by Nova and agreed to by Tribe, Nova elected to not use either of their bans. This was a strategy seen used in EU as well. After the draft was said and done, Nova played an almost identical composition to game one; the only difference was PEC0 playing Lance rather than Reza. As the teams entered Sovereign’s Rise, both teams elected to play very passive, hoping to ramp up as the game progressed. Tribe secured the first major objective, capturing Ghostwing at the 10½-minute mark. Several times in the mid-game, Tribe caught out members of Nova. Tribe then secured Blackclaw at the 13-minute mark, providing them with a 4,000 gold lead. The game seemed to be Tribe’s to lose, as Nova was able to take another Ghostwing at 16 minutes. Two minutes later, Nova turned a team fight around in their favor as Truth’s Baron began to come online. They followed this up by taking Blackclaw and making a big push into Tribe’s side of the map. Tribe then took down the first of Nova’s armories. Nova answered by securing another Ghostwing, which allowed them to win the ensuing team fight. After this, Nova showed no hesitation as they ran down the middle lane to finish game two in 23:40. Nova ended the series with a 2-0 victory and was crowned the Summer Open Champions!

As the VPL Summer Open came to a close, we saw Nova Esports unseat the heavy favorite Tribe Gaming. For Nova, this was their first time winning a Vainglory event since entering the scene several seasons ago. You can view all of the VODs for this season’s competition on Twitch.

Sign ups for Autumn Season VPL have already begun! Make sure to get your team signed up by the October 12th deadline. We wish a huge congratulations to all of the teams who participated in the VPL Summer Open, and we look forward to this coming Autumn season of competition!