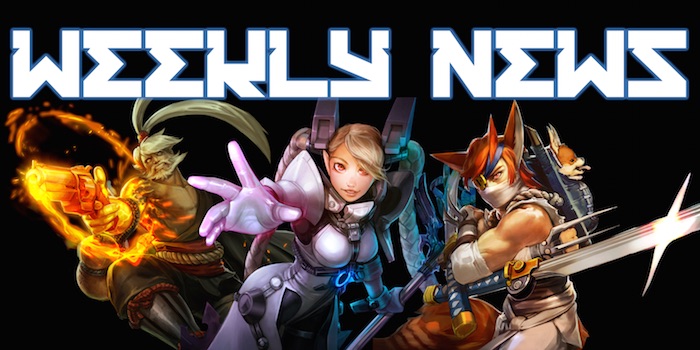 Unfortunately, I did not do Weekly News last week, maybe you didn’t notice, but SEMC had to go and drop update notes Monday morning so I had very little left to talk about. Big ole jerks 😉 However, this week is chock full of professional play!

With two rounds of the Second Qualifier still to take place next weekend, the allocated points have already determined who is making it to the Live Finals for Spring Season. The EU division has a surprise front runner with new GankStars squad Cerberus, while NA has twin titans from Hammers eSports leading the field. The most interesting match going into next week for me is the Nemesis on Nemesis violence when Hydra battles Excrucio. There may be some assumptions that Excrucio is technically no longer part of Nemesis because they dropped the guild name when entering the tournament, but that takes the fun out of it.

The big stage in Seoul, South Korea is going to light up again tomorrow with the kick off of VIPL Season 3. Over here in the states, it’s our chance to see how much druid has been practicing with that fancy little stylus of his when Invincible Armada shows up to fight. Really rooting for NA participants GankStars Sirius and Team Phoenix! Word of caution to viewers, don’t cross whoever does wins this season, because that trophy they bring home is great for stabbing you.

VIS is three weeks into its inaugural season and there have been more than a few surprises. TSM have lost their last two match ups against Liberation and GankStars. The Liberation match up was actually against the roster for Mutiny, so keep your eyes on those young and talented players. One thing that shouldn’t catch you off guard is that Hammers eSports are currently in first with a 3-0 record. They definitely seem like the organization to beat in the spring season. Check out the weekly statistics and upcoming schedule at visleague.com. Games are on Tuesday, Wednesday and Thursday every week until June.

Let me start by apologizing that I don’t believe I’ve ever covered VMS in this round up. This tournament has been around for quite some time and had really stellar match ups between top teams. Also, they have a sexy website. This weekend the VMS NA wrapped up with Hammers eSports taking the top prize. For crying out loud, those guys are good. I recommend you head over to ChalupaBatman’s (sweet League reference) Twitch channel to watch the finals. In lieu of the usual Friday dev stream, we were treated to an intimate, yet exciting, look at the new roam heroes during Coffee With Zekent. Jackaloupe covered the details, including hype train quotes from Ciderhelm and Kraken about the identity and playability of these new heroes. In brief, Lance will fight with a shield and pole arm to get in the mix while Lyra will use Gythian spell casting to support from the back line. I have a few stray thoughts while oogling this art:

* Forget Atlas Pauldron, Lance has a lion’s head and lions kill dudes 11 out of 10 times.

* Lance is bald without being too shiny, getting a matte finish on your head skin takes years of manliness.

*  Lyra has antlers, Native American folklore has many stories of deer women that will stomp you to death. If native Gythia has similar stories, you better kite this Bambi.

Leave a comment here or on the corresponding Reddit post with what you think is in Lyra’s purse, best answers will be included in next week’s news.

Ardent King Of The Fold

If you’ve ever found yourself posturing out of insecurity and typing in all caps “1v1 ME BRO” then this is the event for you. Ardent guild is hosting a series of tournaments that explore all aspects of the duel game mode beginning on May 14th with a draft and ban mode. Hosted by Ardent streamer Jonobie and shoutcasted by BillyGei, this is gonna be a fun watch. If you want to sign up, you have until May 10th over at Toornament.

Well, you got plenty of VODs to watch and a little homework for next week. Plus you better get those daily wins for Rona cards, so why are you still here? Get to it you Fountain rushers and Bonecrushers!