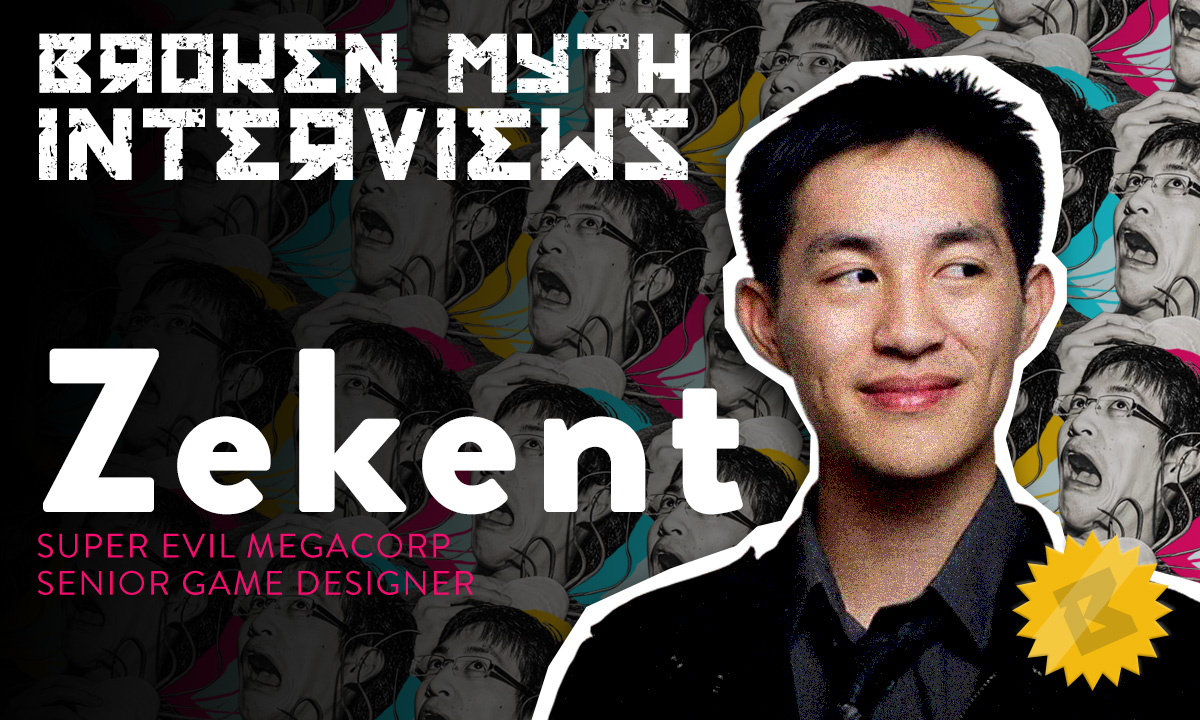 Vainglory Update 3.8 features the biggest shakeup to the meta that we’ve ever seen. Although the sheer number of changes can be daunting, the bigger picture is now in place for players to make situational decisions regarding the items they purchase and foes they trounce in 3V3 and 5V5 alike. To figure out what exactly you should do in Update 3.8, we chatted with Zekent, Vainglory’s senior game designer, who is responsible for constructing this new experience. Let’s hear it, Zekent!

Broken Myth (BM): How will the item changes shift the meta away from the double or triple tank hero compositions that we’ve been seeing?

Zekent (ZK): The way the new items are, they set up for three distinct “itemizations”. The first one is pure WP/CP, which most people start at. This is then trumped by armor/shield, which are very efficient buys against pure WP/CP. Finally, high armor/shield is easily trumped by the third tier pierce items. Assuming no one buys armor/shield, it’s more effective to buy more straight damage instead of opting into the piercing items. These changes also make it so that the battlefield is a dance of positioning, where it’s a rock paper scissors relationship between pure damage, tanks, and tank-busters. You’ll want to see and gauge the amount of threat each enemy hero poses to you and play around their positioning. Given this, if your team consists too much of one type, it’ll be easy for opponents to counterbuild against you (similar to if you overstack WP or CP damage on your team).

BM: What are the differences between base armor and shield, and what’s the purpose in separating them?

ZK: Base armor and shield have been differentiated to separate weapon’s guaranteed damage versus crystal’s potential to miss and higher cooldowns. Even when we incorporate guaranteed crystal damage, they tend to have a low crystal ratio or put the user in a dangerous position. Weapon power is probably still on the stronger side even in 3.8, but we’ll work towards a future where both sides feel right when played properly.

BM: When looking at the item changes on a larger scale, why is it that weapon power items generally received more nerfs than crystal power items?

ZK: In line with the changes we made on armor and shield, we wanted to move weapon and crystal power into a centralized meaning – weapon power is generally more consistent mid-high damage while crystal power is short bursts of high damage. This is more so a guideline rather than a rule, but given weapon’s guaranteed damage versus crystal’s potential to miss and higher cooldowns, this distinction will be how damage plays out a majority of the time.

BM: For weapon carries, how will their ideal itemization vary from 3.7’s standards, like Slumbering Husk and lifesteal coupled with Breaking Point?

ZK: Weapon carries have a few more options available to them now. If they’re up against teams with low armor itemization, they can go a more damage-centric build centering around Breaking Point. On the other hand, building either a Tension Bow or Bonesaw is incredibly important your opponents are stacking armor. Expect to see defense-oriented foes outpace your damage early on, though they should fear you once you have a few items and piercing under your belt.

BM: For crystal carries, how will their ideal itemization vary from 3.7’s standards, like Slumbering Husk and Spellfire?

ZK: Crystal carries will now have to build more situationally as well. On the same note as Breaking Point, Dragon’s Eye will need to be built situationally rather than being a must-include in most builds. Each crystal item generally has a pretty unique purpose, unlike weapon items that build upon each other, so picking the right items that provide the correct attributes for the situation is crucial.

BM: With the significant increases to captain item cooldowns, like Crucible and Fountain of Renewal, how can captains continue to have an impact on winning the game with their team?

ZK: Captains will generally find that their abilities are significantly more impactful in teamfights exactly because those cooldowns are longer. If you are able to force a Crucible usage out of the opposing team, your team now has significantly more time to take advantage of their abilities. As an example, Phinn is now much more capable of picking off enemy heroes with his Forced Accord since it isn’t a guarantee that Crucible will be up every time he uses it.

BM: If a player finds that they are susceptible to the enemy team’s crowd control (slows, silences, stuns, etc.) due to the elongated Reflex Block cooldown, what should they do in attempt to circumvent disruptions?

ZK: The primary method will be relying on positioning in fights. Paired with the lowered maximum cooldown reduction, the heroes who are trying to crowd control you will be a bit more susceptible to counter attack if their crowd control fails to find its mark.

BM: What can laners expect to do in response to the gold and minion wave changes?

ZK: Be sure to stay in lane a bit more! The amount of gold that can be earned from lane minions is quite substantial and a solid amount of minion kills can dramatically influence your power throughout the game.

BM: In Update 3.7, 50% of your acquired gold came from the natural trickle compared to 30% in Update 3.8. Where can players obtain the gold that they will miss out on if they continue practices from prior updates?

ZK: Players can earn approximately the same amount of gold simply by being near lane minions as they die. That being said, this is a mechanic that we are still looking at very closely and may revisit in short order. To maximize gold gain and get a leg up on the opposing team, properly last hitting is incredibly important. Alternatively, picking up hero kills when possible can always speed up the pace of gold earnings.

BM: While there is now a greater amount of gold available in the lane, there is more in the jungle as well. As long as ambient gold exists, is the most optimal method of team growth to share as much gold as possible?

ZK: For now, being able to share gold is definitely the way to go to maximize teamwide gold. However, this is something we are taking a very close look at and there may be changes to how ambient gold functions in the future.

BM: How do the balance changes as a whole impact Vainglory’s skill floor (minimum skill required to obtain value out of) and skill cap (highest amount of value to obtain even if more skill is present)?

ZK: The skill floor is overall a bit lower as the changes to items have lowered the amount of power differential between a higher gold hero and a lower gold hero. That being said, the skill cap has also been raised, with last hitting becoming more important in higher tiers of play and rotational timings becoming more tight than they have been in the past. Additionally, the value of outlaning your opponent has dramatically increased.

BM: Occasionally, the balance team has changed their definition of what the target meta should be; for example, deciding if all heroes and play styles should be viable. What are the current goals of Vainglory’s gameplay and balancing?

ZK: The main goal is solidifying the game around the “skills that are tested” in Vainglory. For example: A few of the skills we are interested in testing are mechanical prowess around hero control, understanding of map rotations, knowing how to build and counter-build. Some of the ones we try to avoid are tracking timers and being able to navigate the user interface.

BM: What are the three most important takeaways of the Update 3.8 balance changes that players should know?

ZK: Energy conservation is important! Make sure you don’t spend all your energy before a fight breaks out. Check up on what tier 3 items do now, quite a few of them have been changed substantially. Proper laning will earn you a solid chunk of gold and experience so make sure to stick around lanes to maximize your power!

Special thanks to Zekent for providing insight on the new balance changes! We understand that the questions and responses regarding Vainglory Update 3.8 may not be comprehensible for everyone. If this is you, feel free to send us a tweet or leave a comment below with any questions — we’d be happy to answer them. For insight into the future of Vainglory, check out our newest interview with SEMC co-founder SurpriseBirthday!