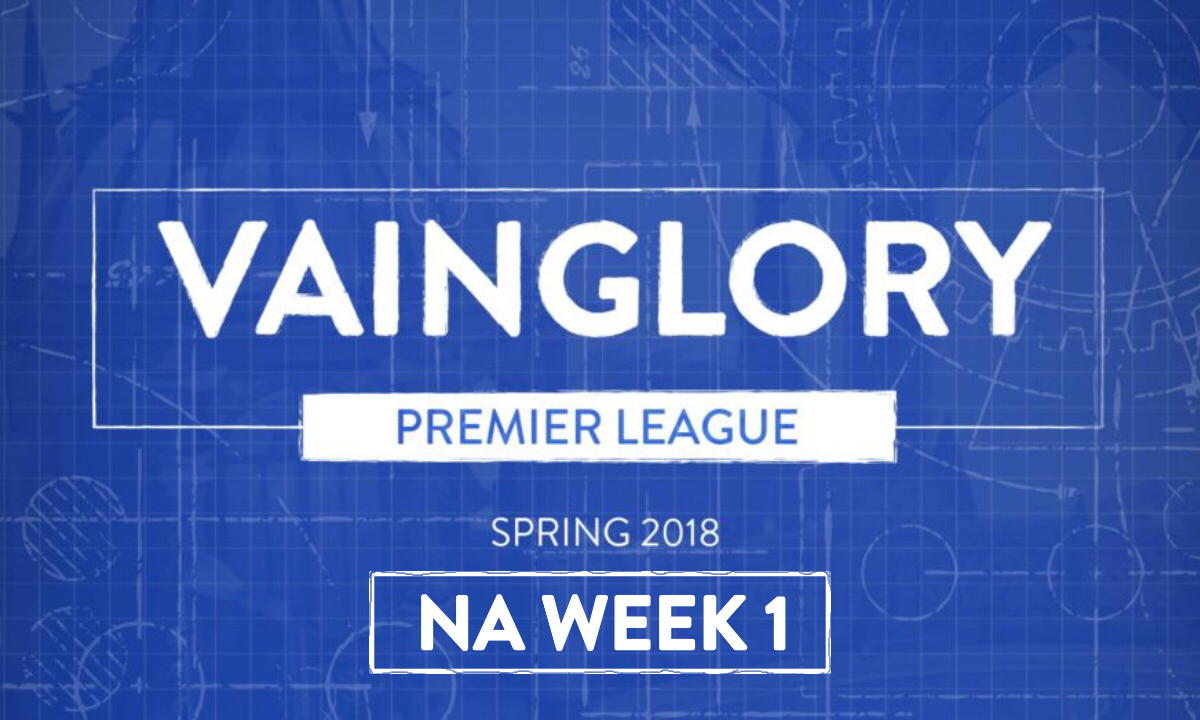 This weekend, the inaugural preseason of the Vainglory Premier League kicked off. For an introduction to VPL, check out our preseason introduction article. Only six of the eight North American teams competed on the first day, with Slimy Salamanders and Vision Gaming being forced to wait to display their roster until the second day. One notable piece from the weekend was the absence of Joe “Munchables” Fenny, who is awaiting his visa to return to the US for the remainder of the competitive season. His shoes were filled by Kate Elliott, who performed in the role eloquently. Another missing asset from the analyst desk was IraqiZorro—who is now competing—with FlashX filling his spot.

The day got off to a quick start as TSM took on Tilt Rehab (formerly Misfits) in the first NA VPL match. Coming in, Tilt Rehab had given TSM some trouble in earlier 5V5 tournaments. However, TSM handled business with ease.

Tribe followed in TSM’s footsteps, swiftly taking down a revamped Hammers roster. Two major overtones to note on Tribe’s side today: First, ttigers played for iLoveJoseph, which was a surprise for many. This will be something to follow closely through the VPL preseason. Secondly, MaxGreen and gabevizzle swapping roles to top lane and captain, respectively, appeared to be the right move going forward.

The third matchup of the day pitted Nova against Rogue. The beginning of this match started relatively equal, and possibly even in Nova’s favor. Rogue was able to turn the mid-game to take the match. This was in part due to an outstanding debut performance by louisvittondon on Glaive. Another notable change for Rogue was the transition of eVoL from the captain to mid lane role. After seeming to shake off early game jitters, eVoL played exceptionally on their way to a first day victory.

Slimy Salamanders and Vision Gaming pitted off in the first match of the second day. This was the first performance in the preseason for both teams, and was an extremely even match with both teams performing well. Slimy Salamanders was able to pull off the victory on the back of IraqiZorro’s precise Kestrel play. Another note was the exceptional performance given by Salamander’s PEC0 in his competitive debut.

The second game of the day was dominated once again by TSM. CozZ played Kestrel and saw similar results to that of IraqiZorro. TiVo also played this match, subbing in for Hami.

In the last game of the day, Nova and Tilt Rehab battled it out in the longest game of the preseason thus far. The game showed off extended team fights and several large momentum swings. In the end, Nova was able to pull off the victory to close out the weekend.

While it’s still very early in the preseason and there are limited stats to gather from six matches, there are a few standout observations. Tony led the pack, going on to win a perfect 6 of 6 games over the weekend. Celeste, being either picked or banned in every match, was only able to rack up two wins. Blackfeather was the last significant hero of the weekend, winning three of four games and not being banned at all. Keep in mind that by increasing the draft size to 16 heroes (up from 10 in 3V3), more heroes will see play in the competitive season — opening up the possibility for the meta to shift multiple times during one update cycle.

Week 2 for NA action begins at 12PM PDT. Catch the stream live on Vainglory’s official Twitch channel! If you were unable to watch any of the matches from this past weekend, check out the VODs.