An Early Look at Vainglory’s New Hero Varya in Update 2.11 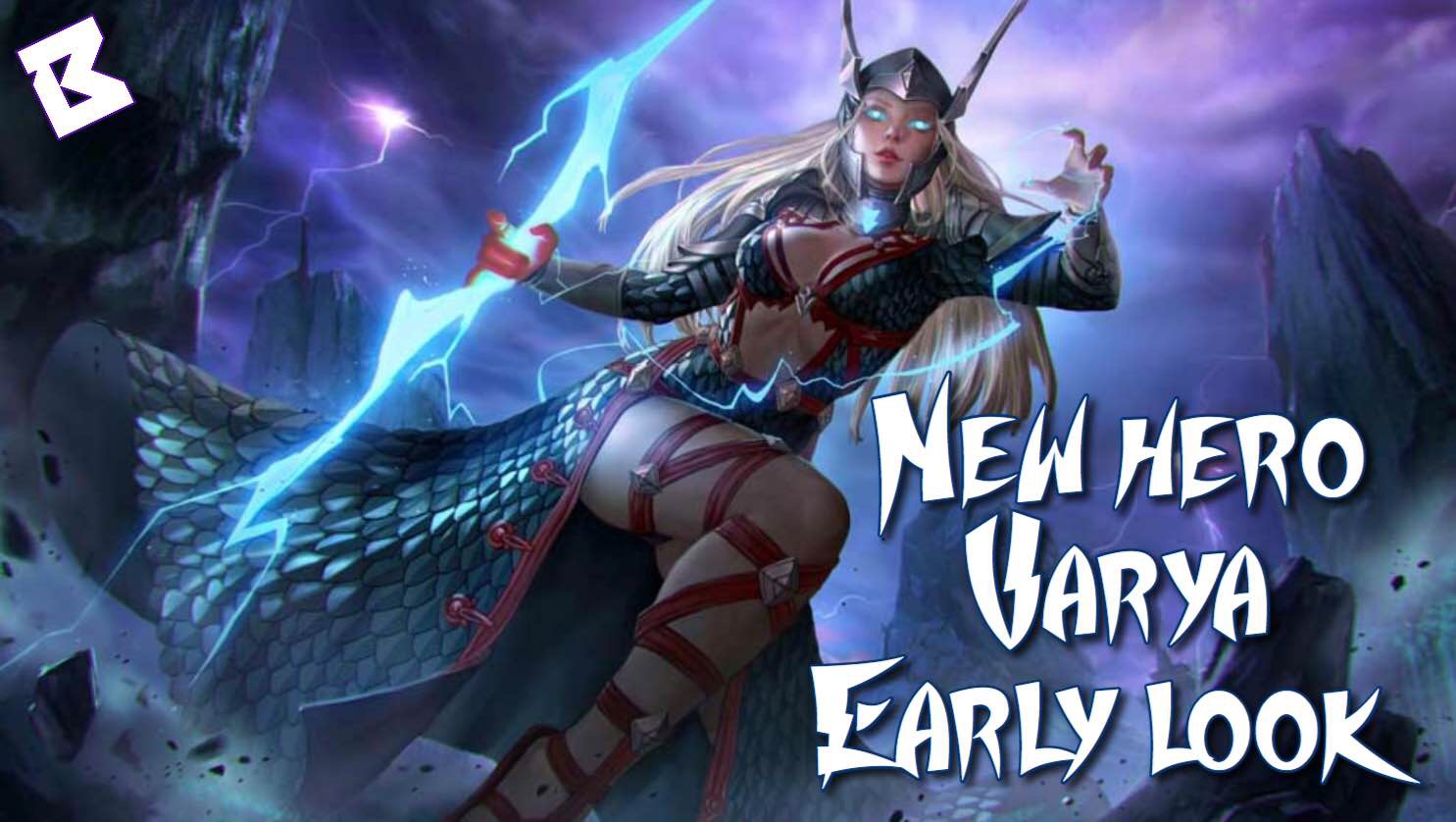 Vainglory’s newest hero to join the Halcyon Fold is Varya, a crystal mage ready to flash down the lane and jungle simultaneously. Varya debuts in Update 2.11 to shine in heavy damage affecting multiple enemies at once. Broken Myth is here with the full scoop on Varya’s abilities, talents and best builds to smite your opponents with early information on 2.11’s shocking meta.

Varya brings back a previously dormant concept — global abilities. Additionally, she continues a recent “earthly” theme with a lightning aura and electric skill set. Not only must you choose between her default apparel or a revamped winter ensemble right off the bat, but also to storm either the rich-in-gold lane or depths of the jungle below. Let’s take a look at Varya’s hero abilities.

Varya’s basic attacks deal 55-132 (level 1-12) (+45% crystal power) crystal damage. If Varya holds her ground after basic attacking, she will strike her target and up to 3 additional enemies with a bolt of Chain Lightning. The bolt deals the same damage and consumes 170 energy.

Varya throws a spear at lightning speed, striking the first enemy in its path. This deals a burst of damage to the target and chains additional damage to nearby targets.

After gathering power for 0.9 seconds, Varya’s next two movement commands will instantly dash in the chosen direction, striking the 3 nearest enemies at the end of each dash. For each enemy struck, Varya recovers 5% of her energy and gains a barrier equal to 3% of her health (bonuses doubled on heroes).

After channeling for 2.4 seconds, Varya unleashes the storm fury, calling a series of lightning strikes on every enemy hero, regardless of distance (“global” ability). Passively, each rank of the ultimate permanently increases Varya’s basic attack speed and the number of enemies her Chain Lightning and Stormforged Spear will hit.

Below are the three recommended builds SEMC has curated for Varya. For more information on situational items for carries, visit our complete breakdown. Be sure to check our top hero builds page soon for Broken Myth’s Varya hero guide!

That’s a wrap! Update 2.11 activation is planned for Wednesday, December 6th with no downtime. If you have any questions about Vainglory’s newest hero Varya, ask away in the comments below, and we’d be happy to answer them.

Vainglory Minion Candy: The Sweet Treat that Nobody Eats