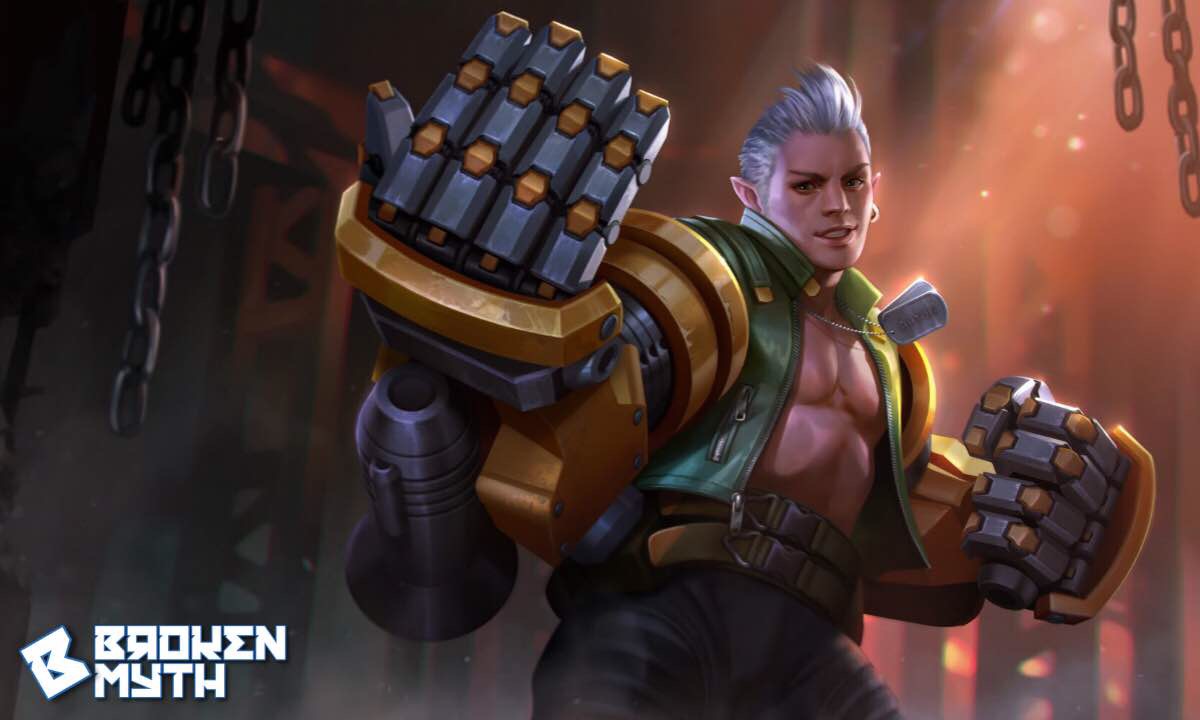 Tony drops as the first Vainglory hero to receive a fresh look at Sovereign’s Rise. His macho theme and stacked crowd control coincide with the option between playing as a carry, jungler, or captain. Broken Myth is here with an early look at Tony’s abilities, talents and best builds to help you taunt foes away from crushing armories.

When playing as a 5V5 laner, Tony fits best in the bottom lane to swiftly rotate up toward the weapon buff. Tony’s abilities present as easy to adapt to, but require timing and precision to master. All of his abilities invoke a movement modifier for him or his enemies, opening up an opportunity for chained attacks. His captain role benefits the most from this practice, which we’ll cover in a “Tony as a Captain” article soon. For now, let’s take a look at Tony’s hero abilities.

Come At Me (Heroic Perk)

Tony’s next three basic attacks are empowered for 8 seconds. These attacks launch Tony toward his target, dealing bonus damage. The third attack is a dropkick that will stun his target.

Tony hurls insults in the target direction. All enemies hit receive damage and heroes are forced to attack Tony for 0.8 seconds.

Tony winds up, then dashes to the target location, releasing a massive uppercut. This colossal punch deals damage and knocks away all enemies caught in the area.

Tony’s Jawbreaker (A) now deals damage in an area around the target. Level 10 stats:

Below are the two recommended builds SEMC has curated for Tony. For more information on situational items for carries, visit our complete breakdown. Be sure to check our top hero builds page soon for Broken Myth’s Tony hero guide!

Use Jawbreaker to close the distance and use your Trash Talk to keep enemies in the fight.
(Ramping Damage)

Use Trash Talk and Bada Boom to protect your allies by disrupting your enemies’ positioning.
(High Utility, Moderate Defense)

The Update 3.1 activation day is currently unknown, but is planned to release sometime next week with no downtime. If you have any questions about Vainglory’s newest hero Tony, ask away in the comments below, and we’d be happy to answer them!